Discover the beauty of Havana

Known for its puzzle-like aura, Havana is a unique and beautiful city that is full of winding roads and contradictions. The Spanish colonial architecture is present throughout the entire city along with hidden history. It is definitely worth the trip!

Havana
Known for its puzzle-like aura, Havana is a unique and beautiful city that is full of winding roads and contradictions. The Spanish colonial architecture is present throughout the entire city along with hidden history. It is definitely worth the trip!
Take a self-guided tour 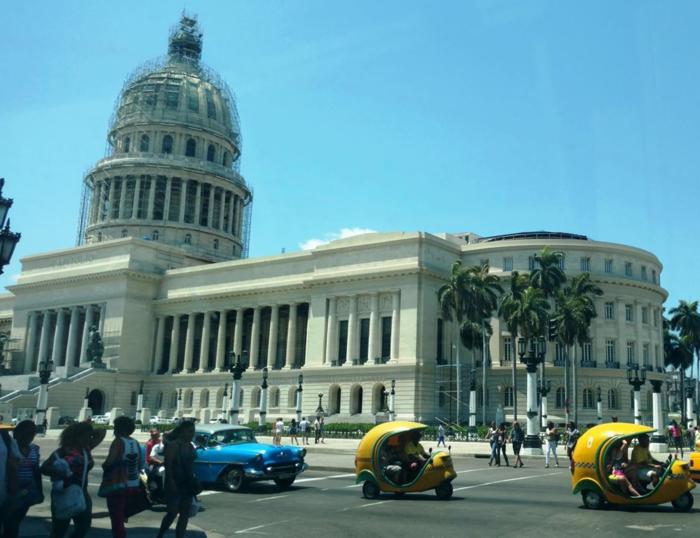 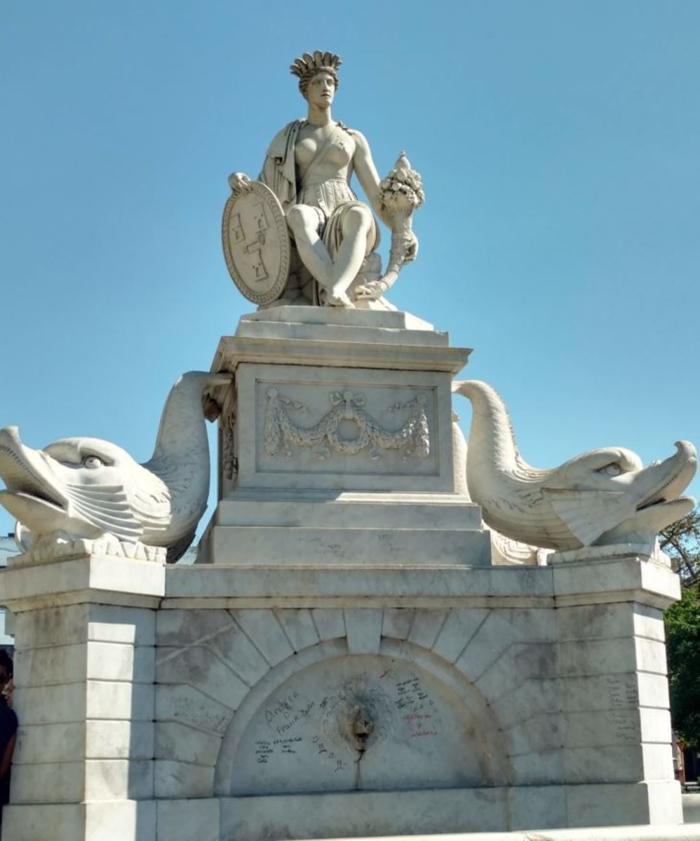 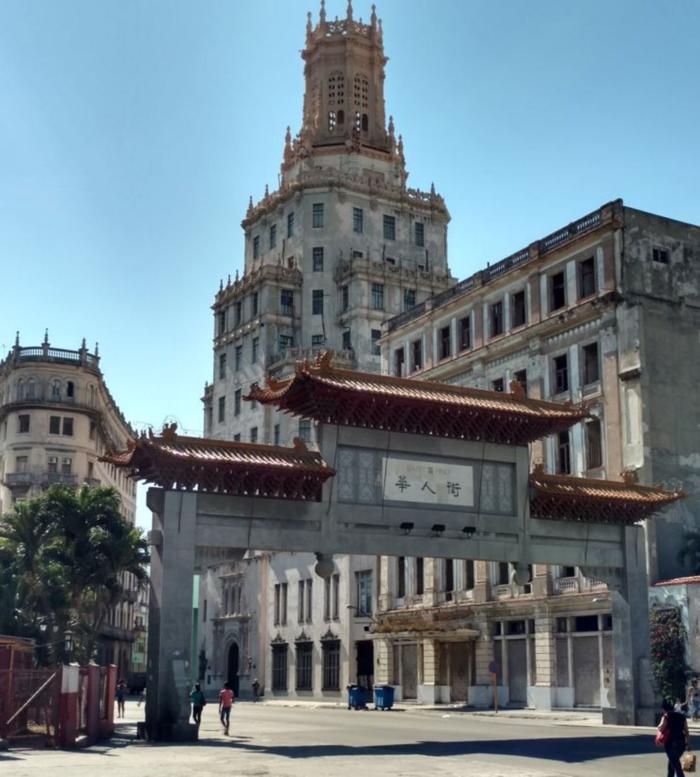 RoboVoice only, sorry...The route consists of 54 objects, we laid a route on a ring and so that tourists could glance on the way to cafe or restaurant to drink coffee or cooling Daiquirí or the Mojito, or to have dinner or supper.Important. In Cuba the Internet not cheap therefore we recommend to download tour on the smartphone in advance (~ 77MB) and in the place to use an excursion offline (the map fragment is downloaded automatically).This tour is made for independent travelers who want to enjoy for a short time the capital of the Island 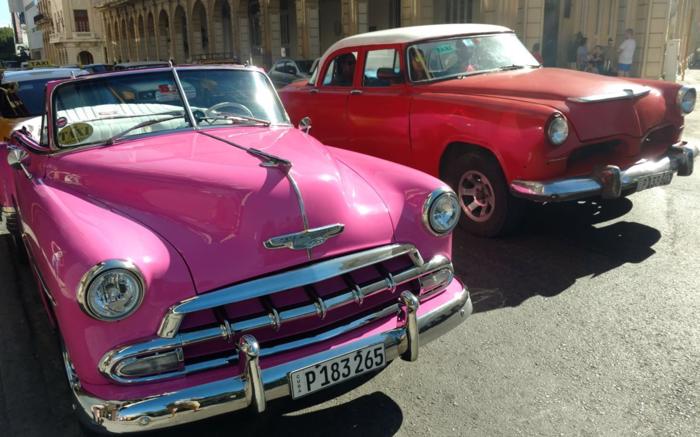 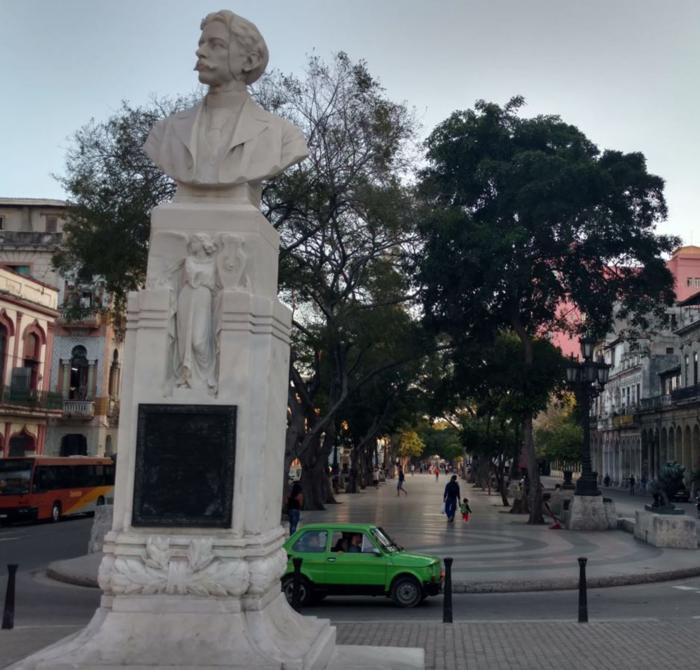 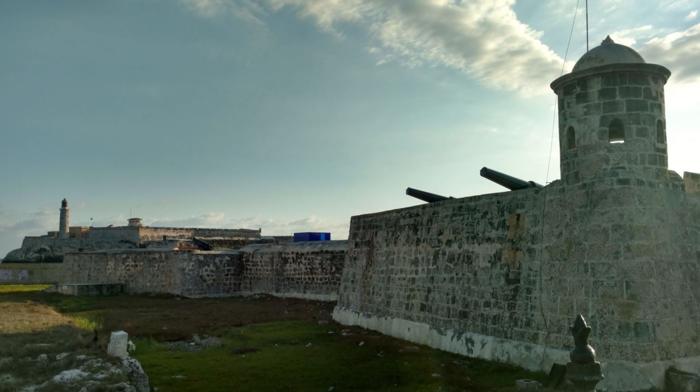 RoboVoice only, sorry...The journey will pass through such places as the Malecon, stop at the Revolution Square, admire the three bastions, enjoy the architectural monuments such as the Monument of Christ, the Church of St. Anthony, the Church of Jesus, drive through 5th Avenue, visit the home of Che Guevara, a ride along the river through the city Forest, we will pass around the architectural masterpiece Cementerio del Colon, take a picture with John Lennon, will visit the Villa Ernest Hemingway and go back to the Capitol.Important. In Cuba the Internet not c 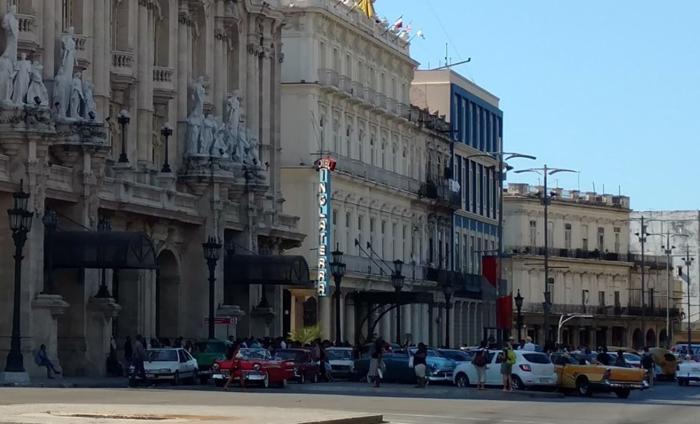 Rent a vintage car or taxi

The area in front of the theatre named Alicia Alonso - a place where you can rent a vintage car or a normal taxi for autotur.

San Salvador de la Pounta - fortress has been constructed to protect an entrance to the Havana bay which became an important strategic entrance to the harbor after the settlement of the city. Constant raids of corsairs threatened disappearance the harbor and the city. For this reason in 1559 also wa 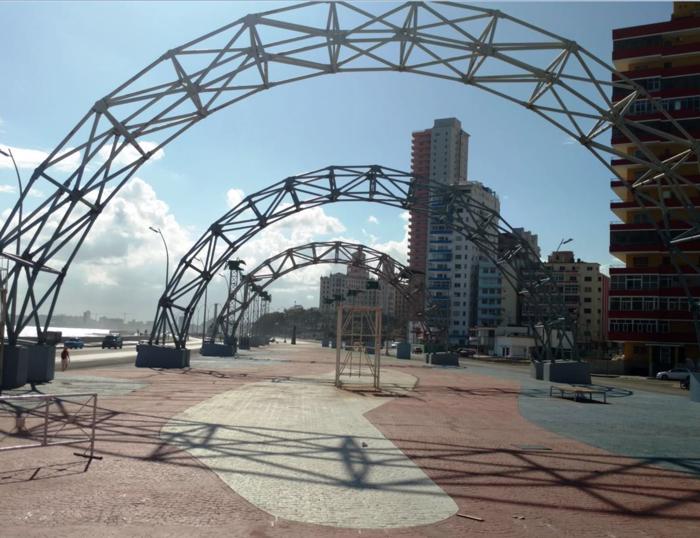 This is the place for public events, located on the Plaza de La Dignidad across from the United States Embassy in Havana.It was opened in April 2000.The first demonstration was anti-American protest over the detention of Elian Gonzales (the boy of six years). The event took place in the Cuban politi 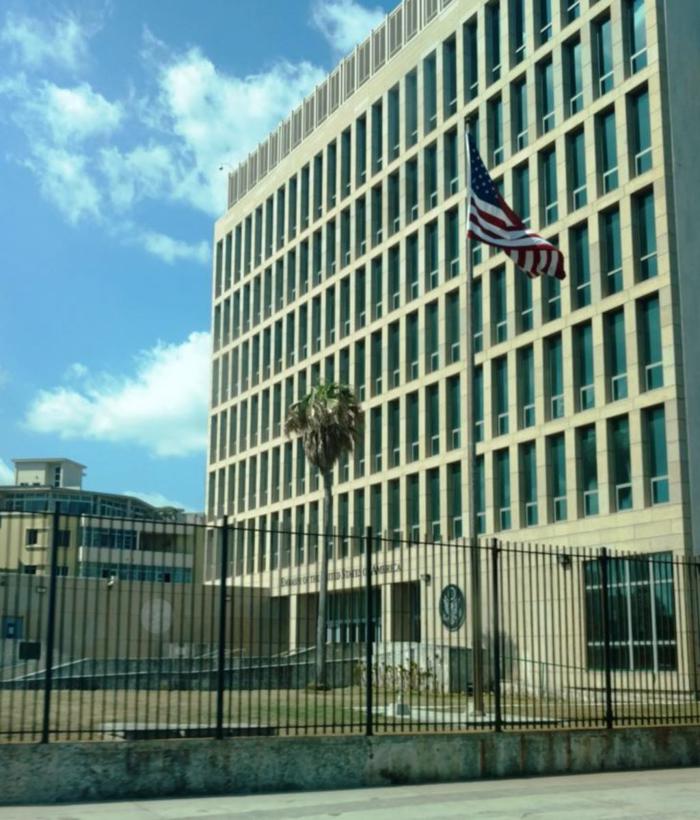 The Embassy of the United States of America in Havana 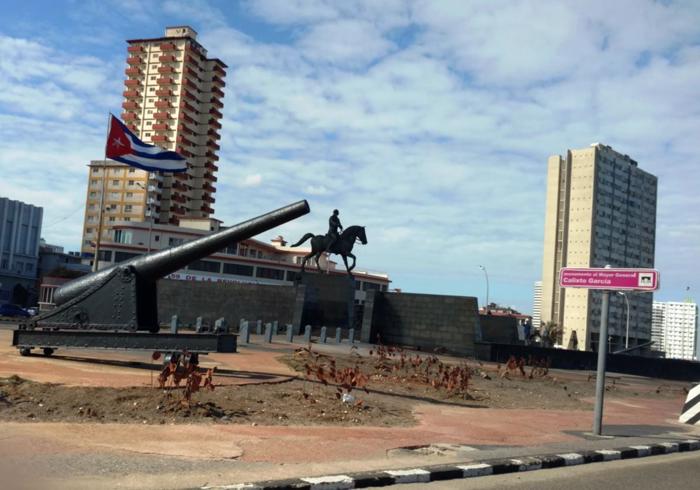 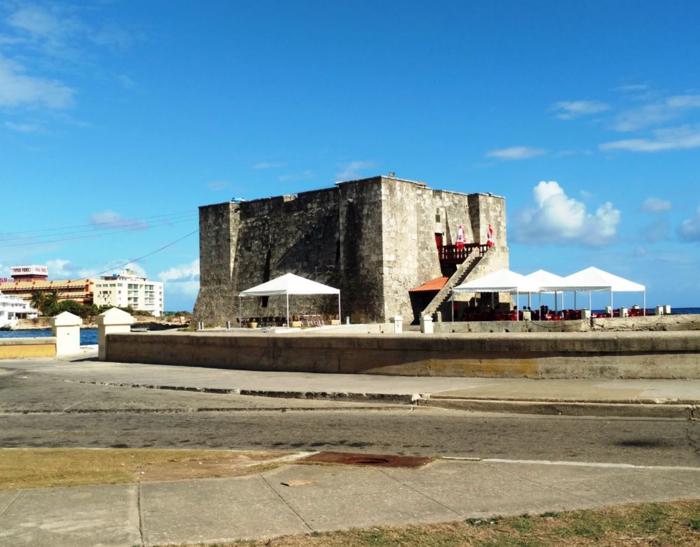 The Torreón de la Chorrera (Tower of la Chorrera), or to give it its full name, Fuerte de Santa Dorotea de la Luna de la Chorrera, was completed in May 1646. The tower stands on a coral islet only a few metres from the shore and not much larger than the tower itself. The tower's purpose was t 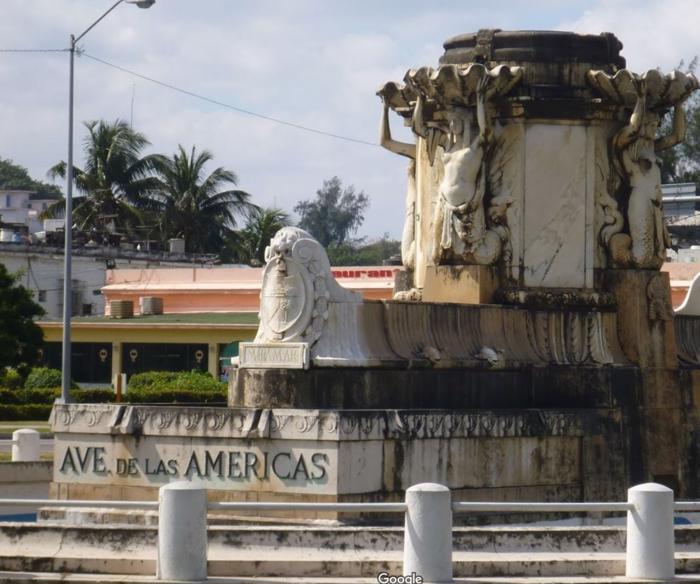 Initially called Avenida de las Américas, Quinta Avenida (Fifth Avenue) stretches from the tunnel that connects it to Calzada Street, in Vedado, to the Santa Ana River, in the locality of Santa Fe. Considered the most beautiful avenue of its time, its construction was decisive for the develop 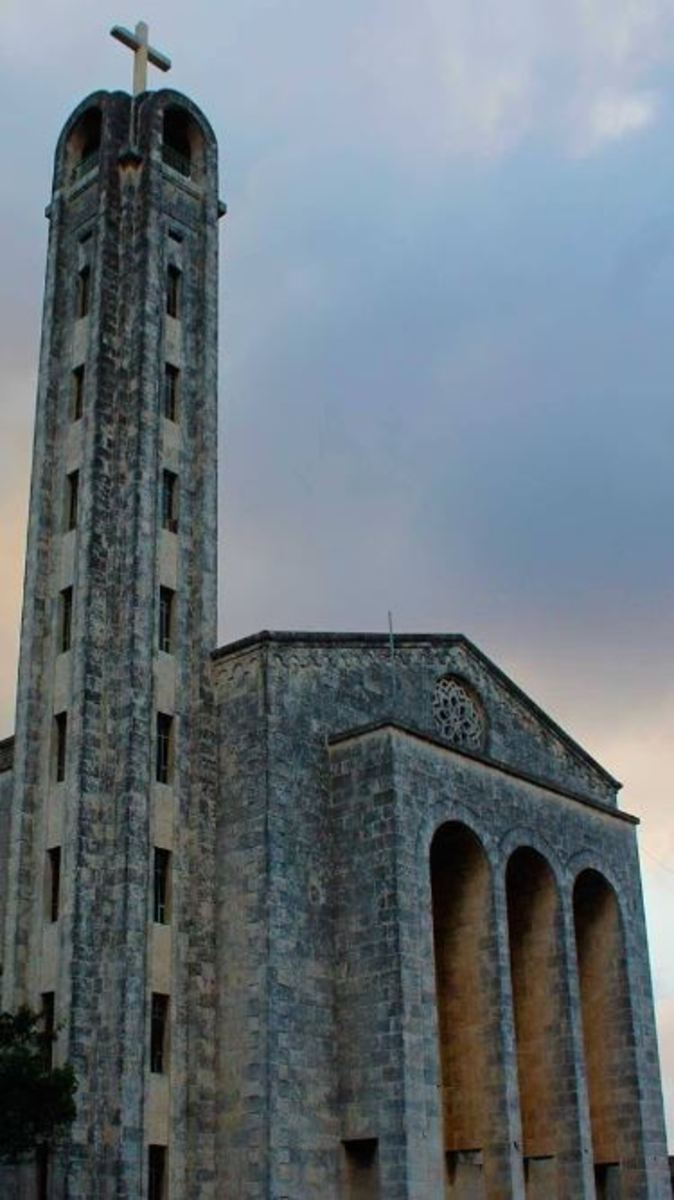 This Church is dedicated to Saint Anthony of Padua (also known as St. Anthony the miracle worker).Portuguese theologian, a preacher and a monk who was canonized and became the patron Saint of the poor and true love.Especially revered in Portugal, Brazil, Peru, Argentina and other Latin American coun 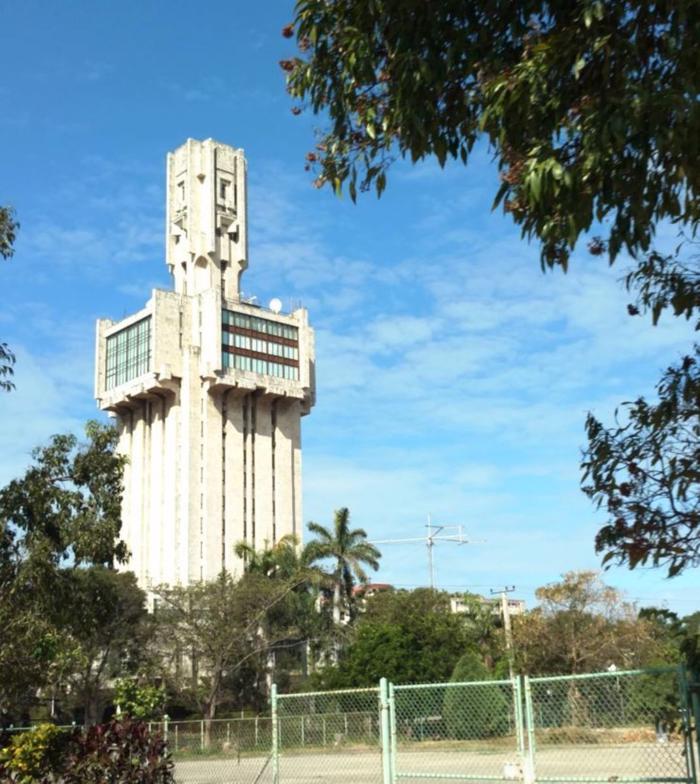 Embassy of Russia in Havana, Cuba (architect Aleksandr Rochegov) is a striking constructivist architectural structure in the city in the heart of Miramar.According to one version, the building looks like a sword, the one part tip of which is immersed in the earth, shows that the work of heroes compl 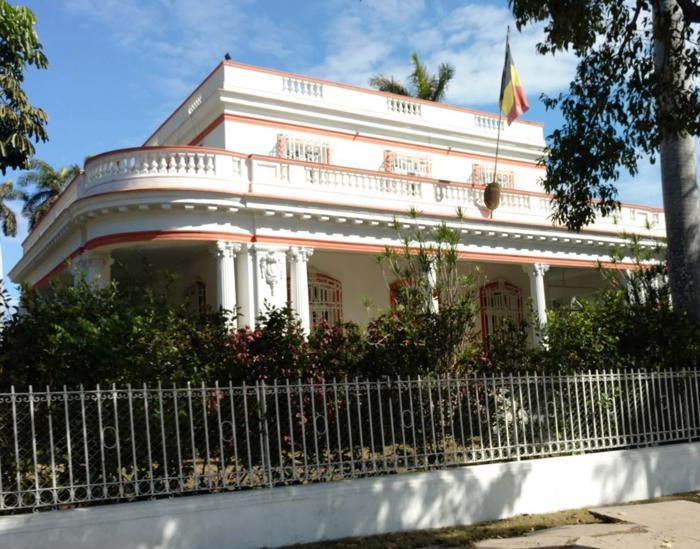 Many legends and anecdotes surround this splendid avenue, most of which are connected with the mansions that were built in the area, especially in the first half of the 20th century XX, and with the people who inhabited them. One of these notable mansions is located on the corner of 5th Ave and 14th