Discover the beauty of Memphis

Memphis is all about the music and the food. Stop by the numerous museums and monuments here and then swing by to grab a bite from a barbeque. That is what this city lives for!

Memphis
Memphis is all about the music and the food. Stop by the numerous museums and monuments here and then swing by to grab a bite from a barbeque. That is what this city lives for!
Take a self-guided tour 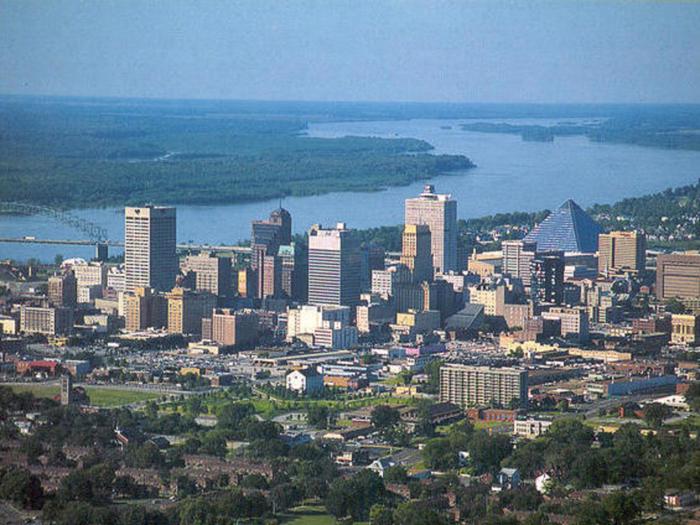 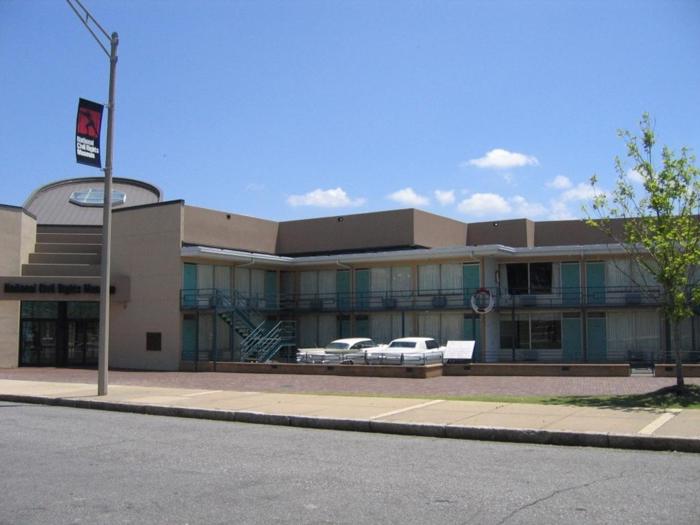 Welcome to Memphis, a city synonymous with Rock ‘n’ Roll, popular sports and the Civil Rights movement. But that’s not all! Memphis is also home to some of the best restaurants and museums on this side of the Mississippi River. There’s so much more to discover!As a city, Memphis takes great pride in its history. They’ve made every effort to commemorate hometown legends and maintain significant landmarks for visitors from around the globe. Many of its major attractions are located within walking distance from one another, making it the perfect city for a 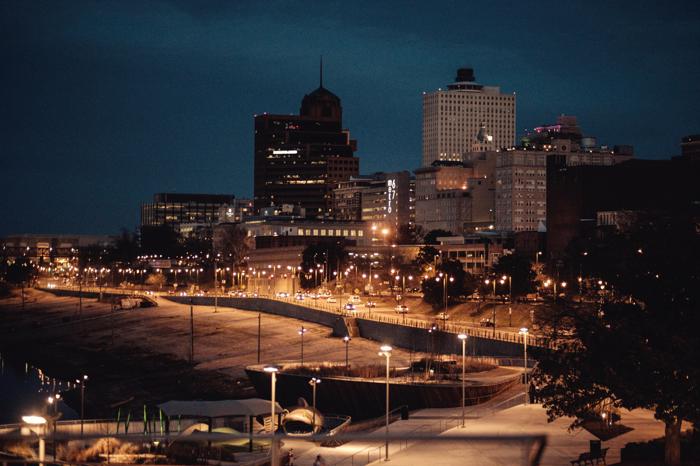 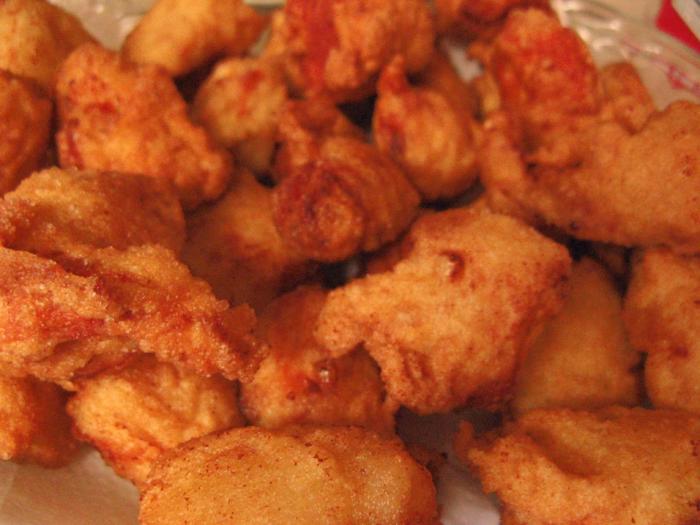 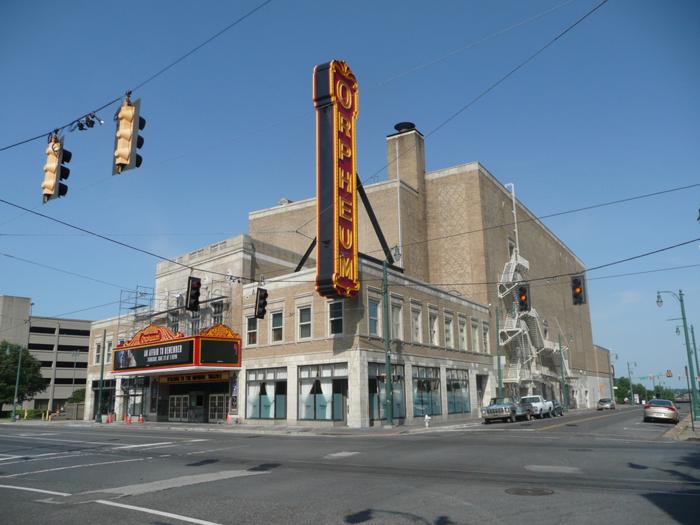 Welcome to Memphis – a city located in Tennessee, USA, which lies along the east coast of the Mississippi river. The list of famous people who were born and grew up in this city will blow your mind away starting with Muddy Waters, Tina Turner to John Lee Hooker, William Christopher Handy and Justin Timberlake. However, the one and only king of the city is Elvis Presley. His home – Graceland mansion – attracts millions of visitors every year. The whole city breathes in the rhythm of rock ‘n’ roll. That is why Memphis is considered the Jerusalem of music, where p

Are you a Fried Chicken lover? Then the place on your right hand-side is all you need. The restaurant Gus’s World Famous Fried Chicken is not just about the food; this place has its own atmosphere. This place will make you feel like home - the food is great, the staff is kind, and the prices are fri

We have now reached the Orpheum Theatre. The building we see today is a reconstruction of the original theatre from 1890. Those days it was called the Grand Opera House and was known as the classiest theatre outside New York City. Because vaudevilles were making the majority of shows, the Grand Oper 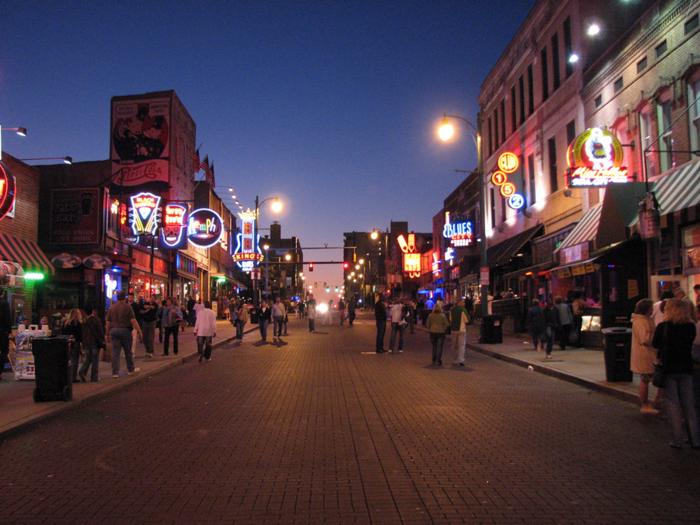 Here we are at the heart of Memphis Music and Entertainment. It does not matter where are you from, how old you are, or what type of music you like – this place will make you fall in love with Memphis. Beale Street dates back to 1841. By the 1960s, many travelling musicians began to come to this pla 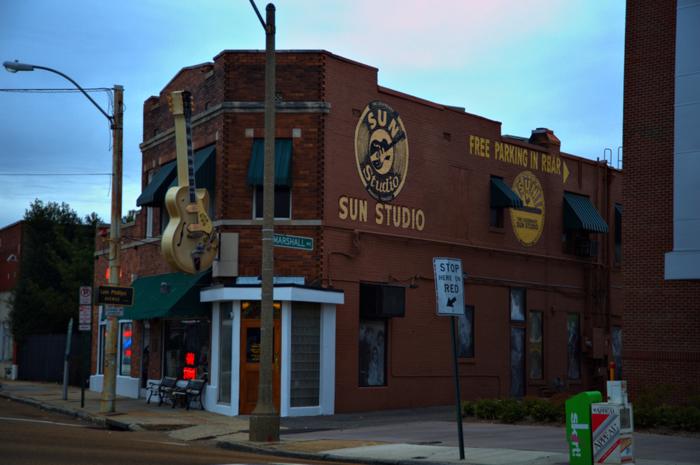 “If music was a religion, then Memphis would be Jerusalem and Sun Studio its most holy shrine”. Sun Studio, where rock ‘n’ roll was born, was opened in the 1950s by Sam Philips. He had dreamed about owning his own recording studio since he was a boy and was really happy when his dreams finally came 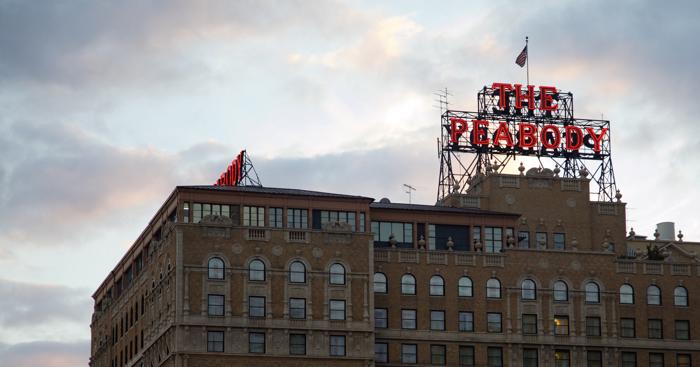 We have now reached the Peabody Memphis Hotel. The new building of the hotel was built in the first half of the previous century. It consists of nearly 500 rooms, a pool, bars and restaurants, fitness and wellness centres and a spa. The exterior of the hotel might not be the brightest one, however w 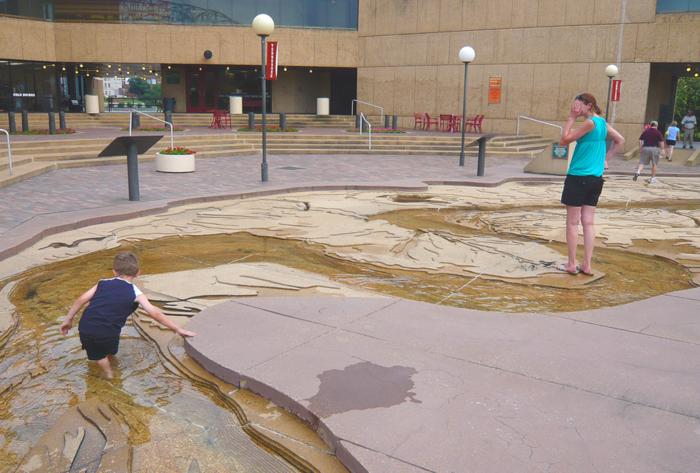 You are now standing on Mud Island. Well, it is not really an island, but rather a small peninsula surrounded by the Mississippi river from the west and the Wolf River Harbor from the east. On the south end of the island you can find the Mud Island River Park. If you want to learn about the Mississi 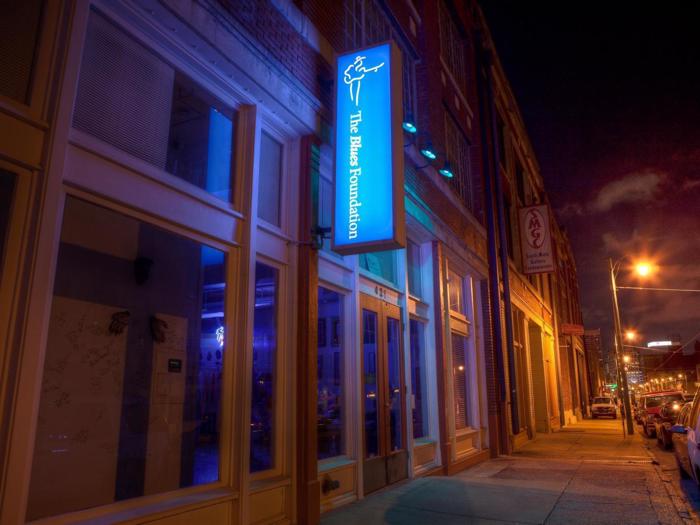 The world‐renowned Blues Foundation is the true definition of Memphis pride. As a non‐profit, The Blues Foundation is affiliated with over 150 blues organizations from all over the world. The Foundation was established in the 1980s with the goal of celebrating blues performance and preserving blues 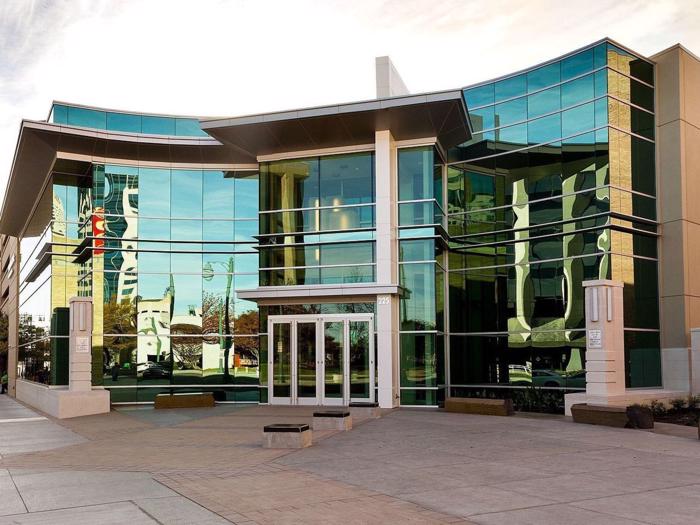 The Halloran Center for Performing Arts and Education puts creativity at center stage. Also called The Halloran Center, this beautiful building accommodates students and teachers who appreciate the arts with a menagerie of programs and workshops. Not surprisingly, this state-°of-the-‐art center 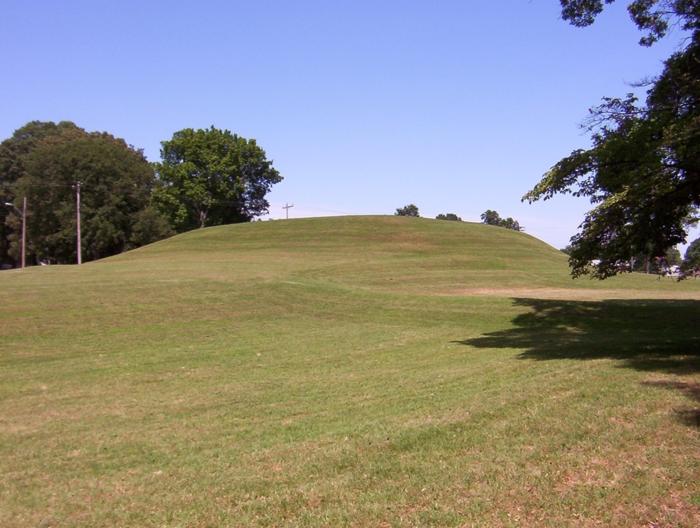 This is Chickasaw Bluff Number Four. If you are not familiar with the term, a Chickasaw Bluff consists of terrace gravels deposited from glacial runoff. There are four Chickasaw Bluffs that stretch from Kentucky to Louisiana and they are characterized by steep valleys and high gradient streams. The 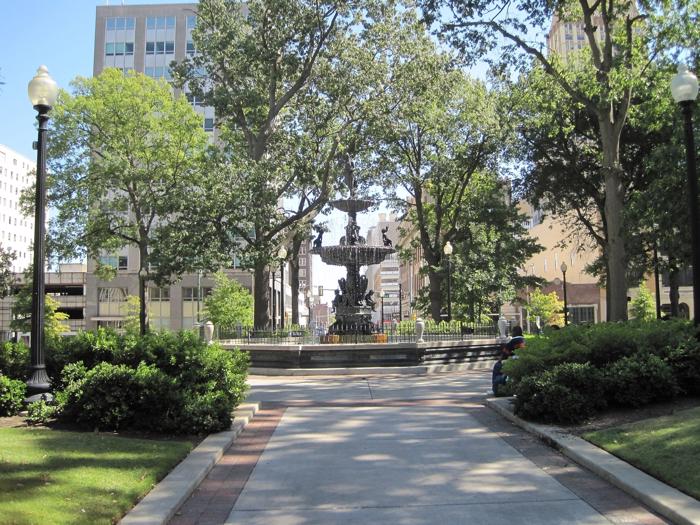 You’ve arrived at historic Court Square, affectionately known as “the heart of the heart of Memphis.” This landmark location combines multi‐family and commerce together in a dynamic way. A quiet oasis nestled between iconic downtown buildings with the 19th century architectural her

Indy is a must on the bucket list no matter what kind of tourist you are given the wealth of recreational activities, sports and foods to try out.