Discover the beauty of Miami

First stop: the beach! Known as the gateway between the United States and the Carribean, this topical city is known for its breathtaking beaches and turquoise blue waters. Head to Ocean Drive to observe the Art Deco style of Miami and then experience their Cuban roots at one of the amazing Cuban restaurants in town.

Miami
First stop: the beach! Known as the gateway between the United States and the Carribean, this topical city is known for its breathtaking beaches and turquoise blue waters. Head to Ocean Drive to observe the Art Deco style of Miami and then experience their Cuban roots at one of the amazing Cuban res
Take a self-guided tour 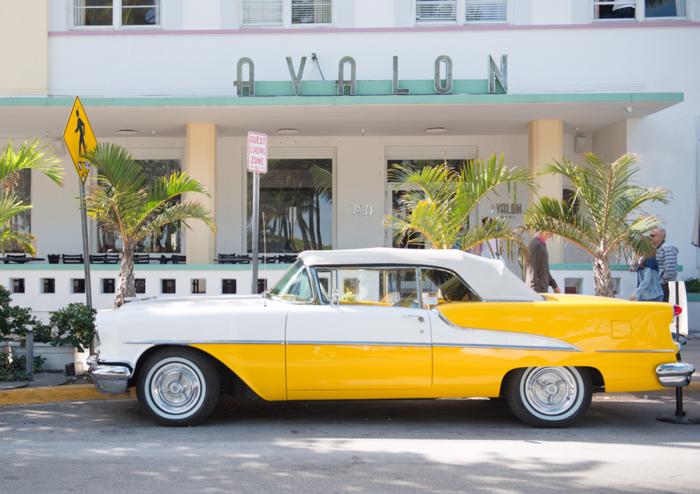 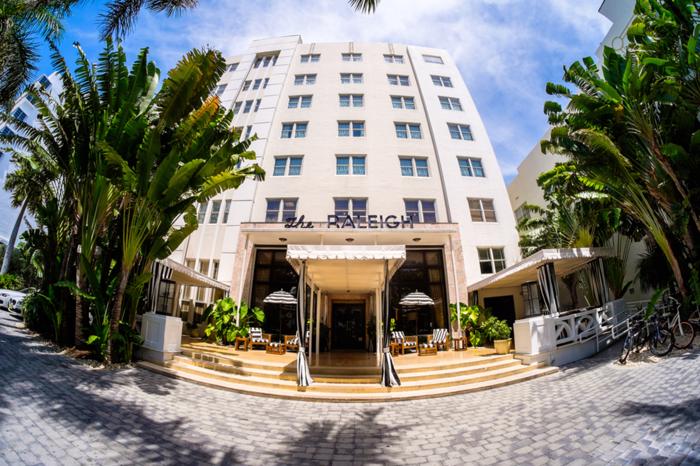 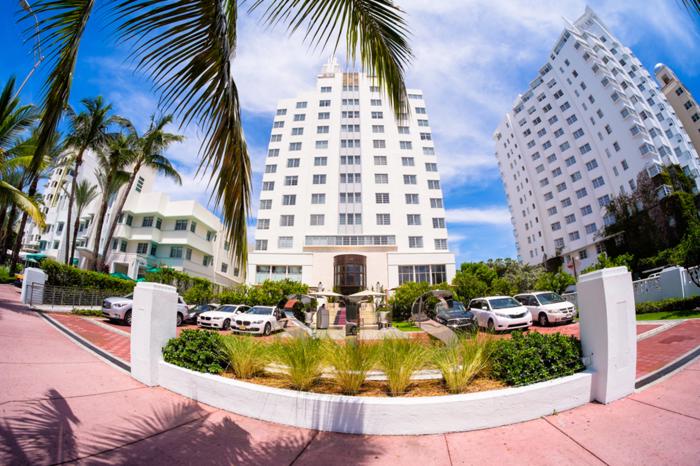 Welcome to Miami Beach and this tour of its wonderful collection of Art Deco hotels, presented by Insight Guides. My name is Katherine and I’ll be your guide. This tour takes approximately two hours to complete. You can stop at any time and start again at the same spot later. You can follow the route on your phone or simply listen as I guide you from one sight to the next. I’ll be giving you clear directions and the audio will automatically start playing when you get close to the next sight on the tour. Don’t worry if you need to skip a sight as the tour will pick up at the next location. O 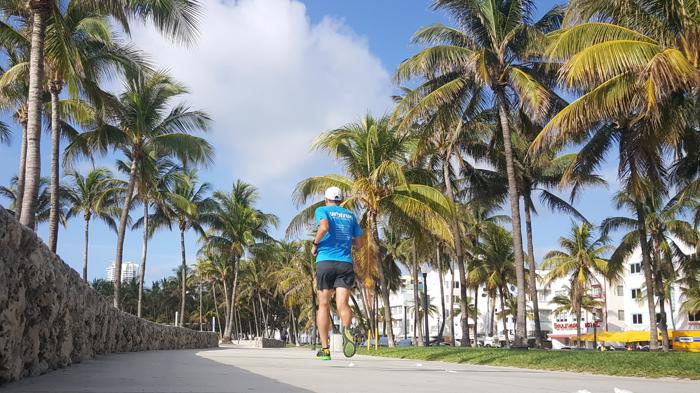 Distance: 11.9 km / 7.4mi (*9.7km/6mi south tour, 9.8km/6.1mi north tour, 6.7km/4.7mi central tour)Elevation: flatRotation: clockwiseParks/Pedestrian: 5.4km (ca. 48%)Urban constraints: lowSuggested start: ocean drive / as any urbirun route, you can start wherever you want. Watch for the route rotation direction.Miami is a multicultural and tropical city, a landmark for art-deco architecture. Pastel color facades look like ice-cream, but that don't melt despite the heat. Miami Beach is not only a beach resort. The long promenade along the Atla 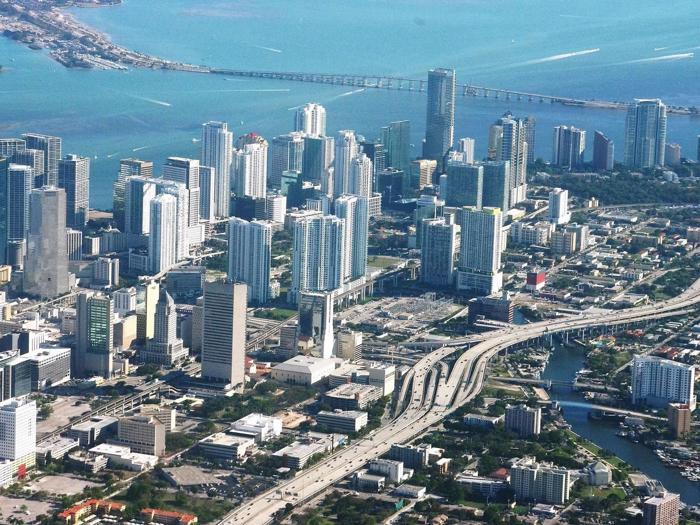 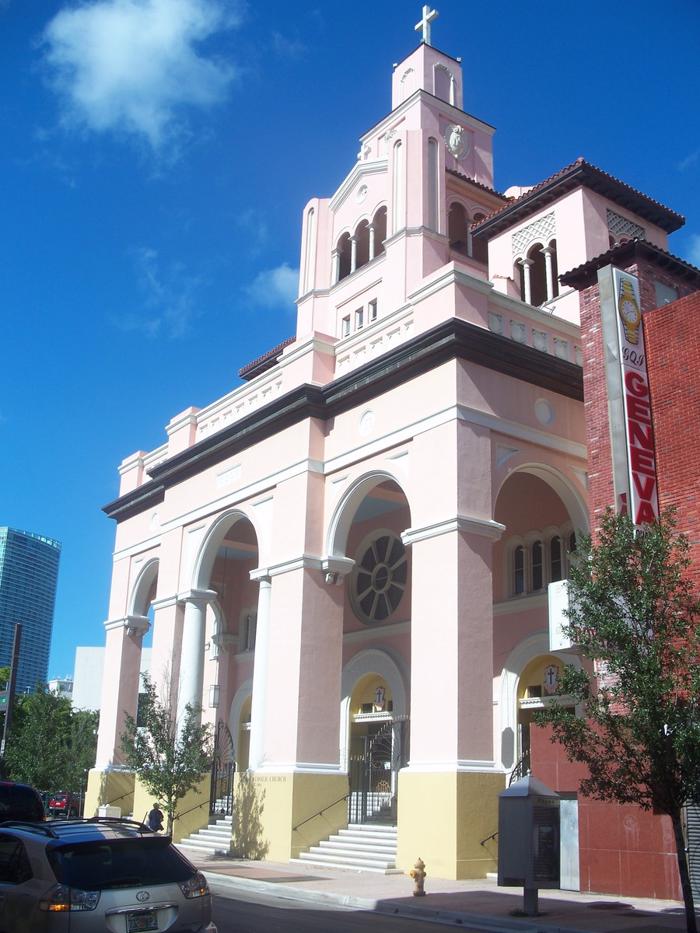 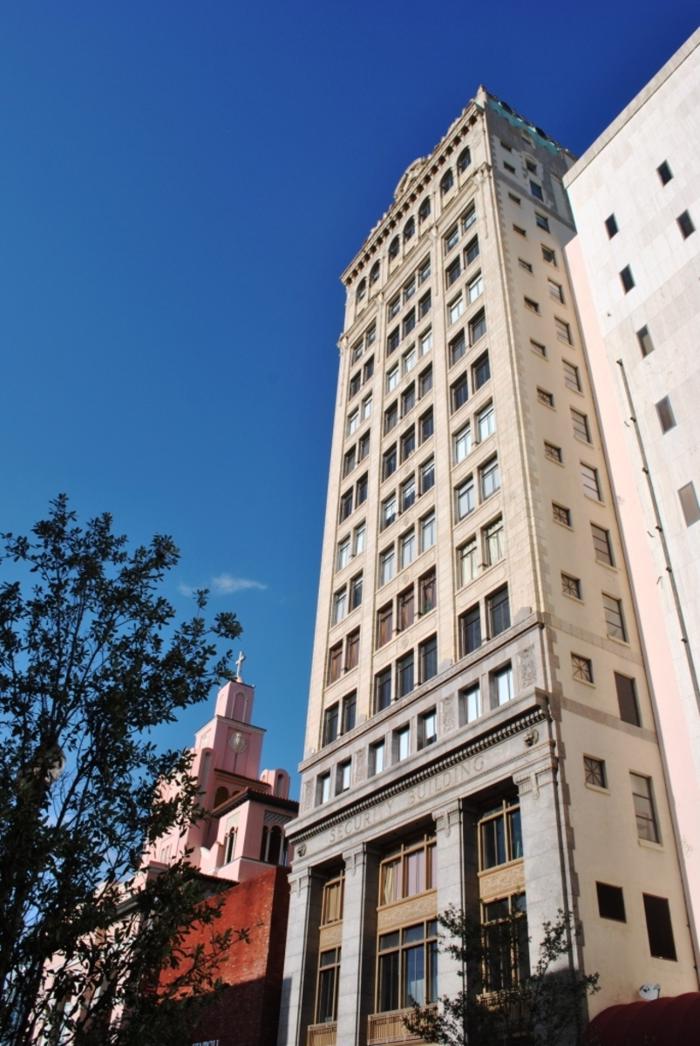 Welcome to Miami. Now a thriving metropolis, just over a century ago, this colorful city was a sleepy settlement in what some considered to be nearly uninhabitable land. How did Miami grow so large so fast? Who made Miami what it is today? On this tour, we’ll find out a little more about the people and events that built this magic city. Are you ready? Then let’s begin!Licenses:Photo “Miami from above.jpg” by 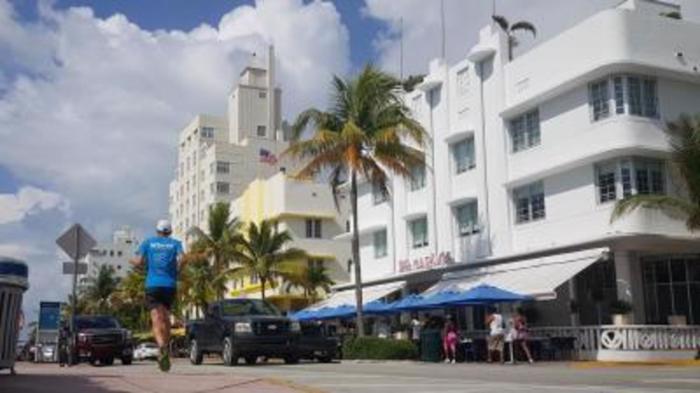 The Miami Art-Deco district was built in the 1930s, in the style of the era, following a fire that had destroyed the area. Architects had fun, and now tourists enjoy this lively place. Buildings don't get old very well at first, and destruction was considered. But a preservation fund wascreated, and 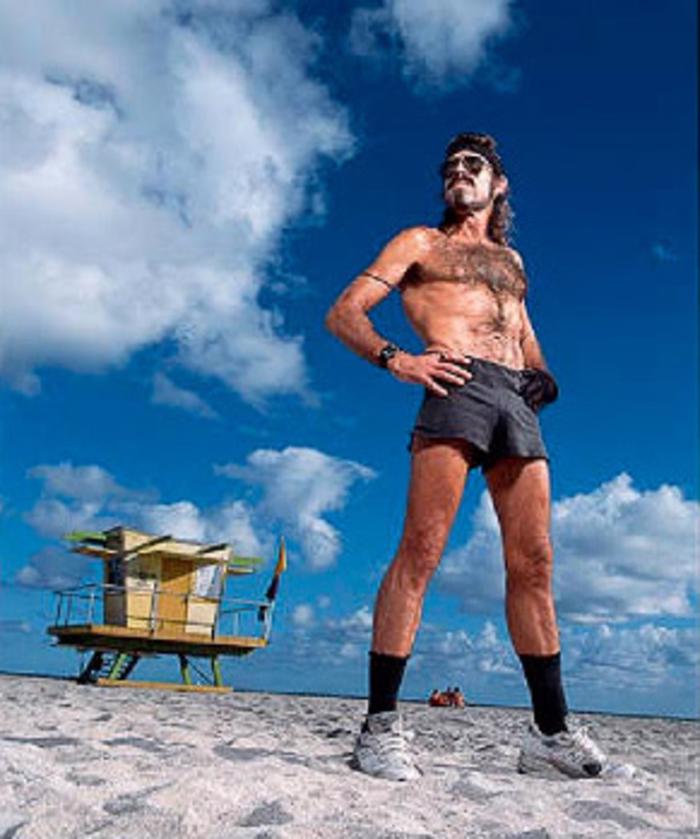 Miami Beach is home to local running legend Robert Kraft, better known to his acolytes as "Raven." On January 1, 1975, Kraft decided he'd try to run eight miles a day on the beach every day for a year. More than 40 years later, he's still going: Kraft hasn't missed a single day of running and, at th 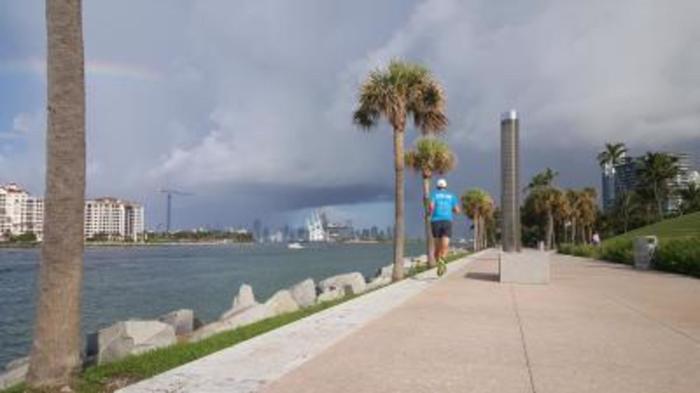 You are running along the artificial channel named Government Cut. It was created in 1905 to facilitate access to the Port of Miami and Biscayne Bay. The material cleared to create the channel was used to build Fisher Island, the island you see on the other shore, and to expand the port of Miami. 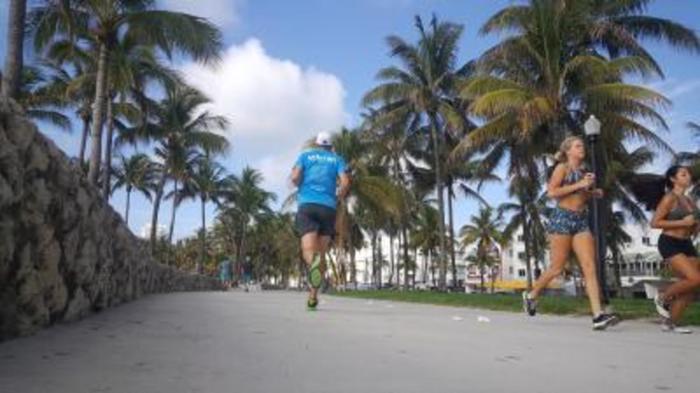 urbirun hopes you are enjoying this running visit of Miami.You're hot? Not surprising. It has snowed exactly once in Miami's official meteorological history. Flurries were recorded on January 19, 1977. The chances of a white Christmas in Miami? "Less than one percent," according to a meteorologist. 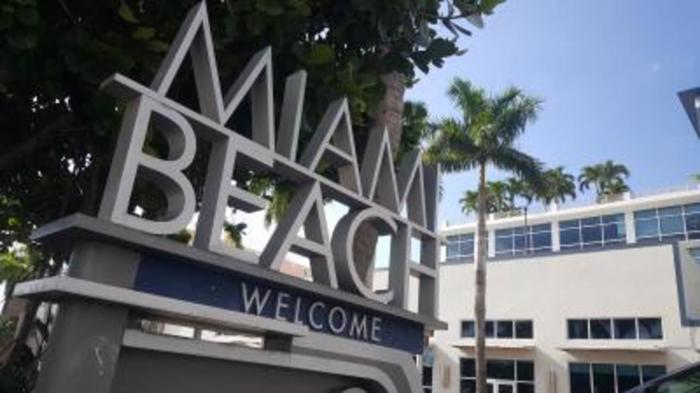 Miami is the only US major city to be founded by a woman. And Miami Beach island, that was long a desolate coconut grove plantation, surrounded by swamps, is a city in itself, not a district of Miami, and was incorporated in 1915. It's probably one of the few cities in the world where half of the su 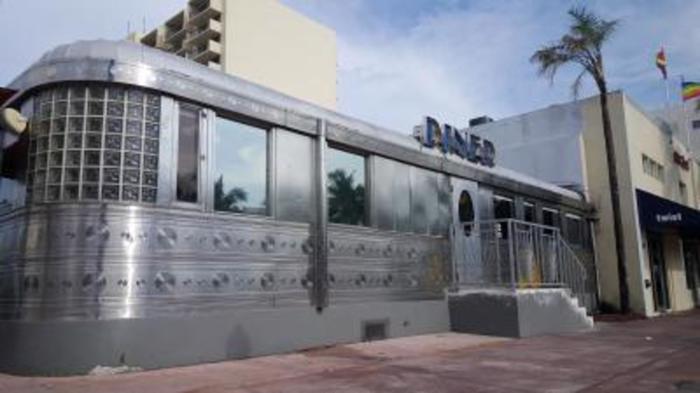 The small art-deco style diner you see in front of you was built in 1948, and was first installed in Pennsylvania. After 44 years, it was transported to Miami Beach where it was restored, and where it is still serving classic American dishes in an atmosphere that is just as classically American. 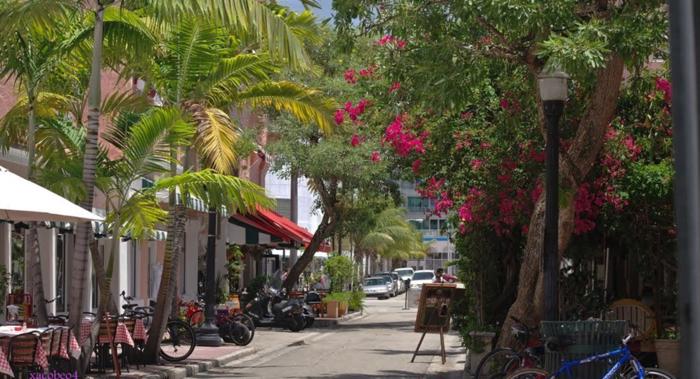 Conceived as a “historic Spanish village” by NBT Roney in 1925, the two-block corridor was designed to resemble the romantic Mediterranean villages of Spain and France. Here, buildings are made of chalky pink stucco with Spanish tile roofs, where sidewalk cafes are very welcoming for an 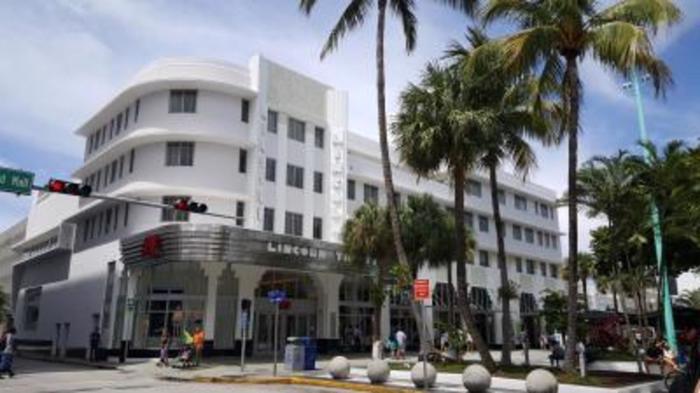 You are in Lincoln Road, a commercial pedestrian street lined with Art-Deco buildings. Note the old Lincoln Theater on the right, now a shop, but which has kept all its architecture of ancient cinema, both outside and inside. Worth a look. 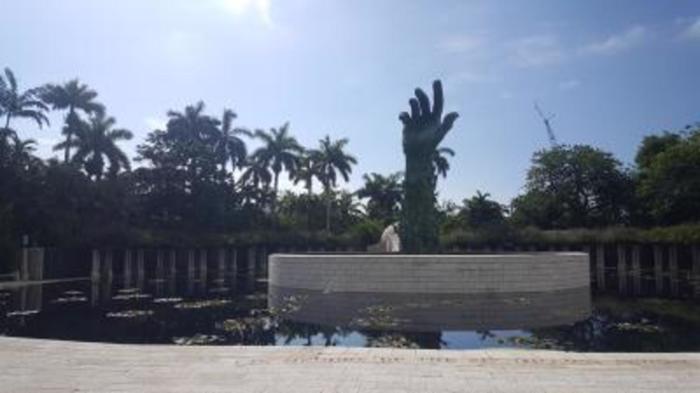 To you right, the stretching hand is the Holocaust Memorial, erected in 1984 following an initiative from extermination camps survivors. This hand, reaching for help, is tattoed with a number, as was every prisoner. Other inmate try to grab this hand for help too. 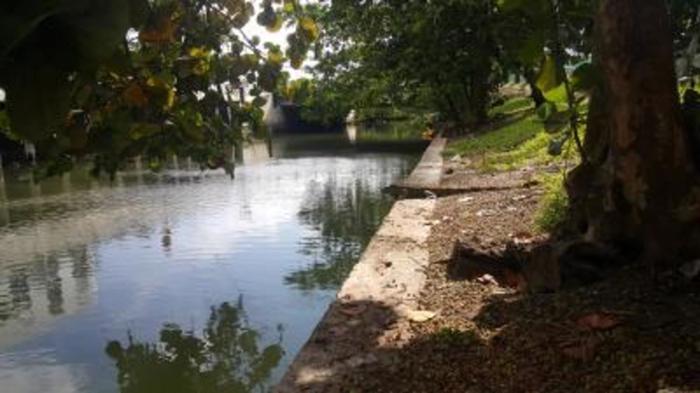 Along the canal you may encounter some iguanas. These tropical animals can be up to 1.6 meter in length. They live in trees, close to water points and are inactive and motionless for more than 96% of the time. They are not dangerous, because they flee when they feel threatened. In Florida they are c

The Battery District and French Quarter are two of the main appeals of this quaint city. Full of culture and history, Charleston is waiting to share i