Discover the beauty of Sant'Elpidio a Mare

A small town in the sunkissed Italian countryside, Sant’Elpidio a Mare is home to the Abbazia di Santa Maria a Pie' di Chienti, a beautiful church, worth a tour!

Sant'Elpidio a Mare
A small town in the sunkissed Italian countryside, Sant’Elpidio a Mare is home to the Abbazia di Santa Maria a Pie' di Chienti, a beautiful church, worth a tour!
Take a self-guided tour 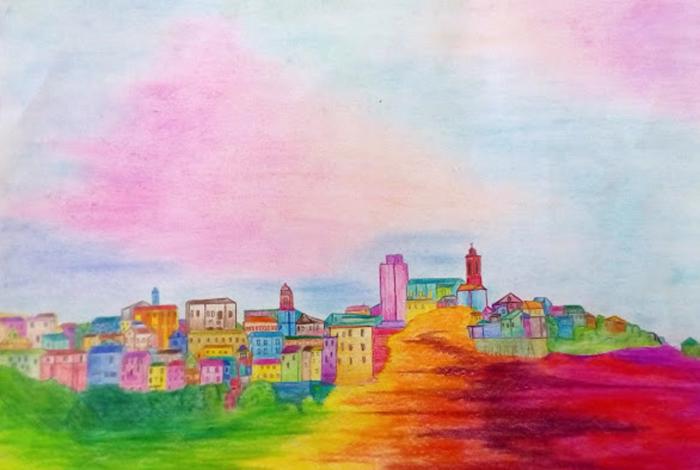 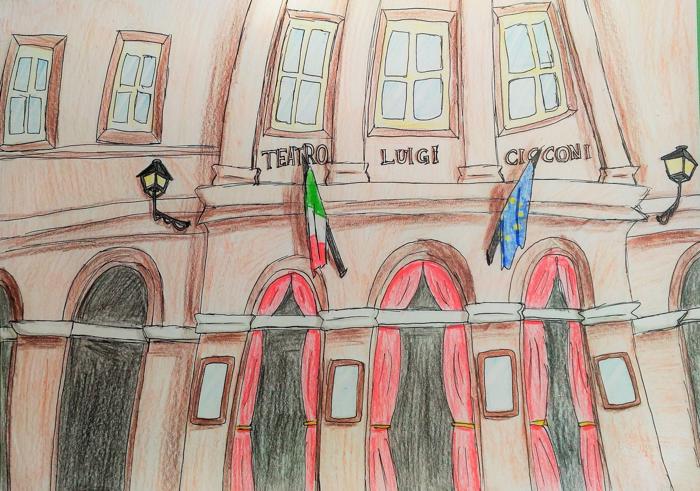 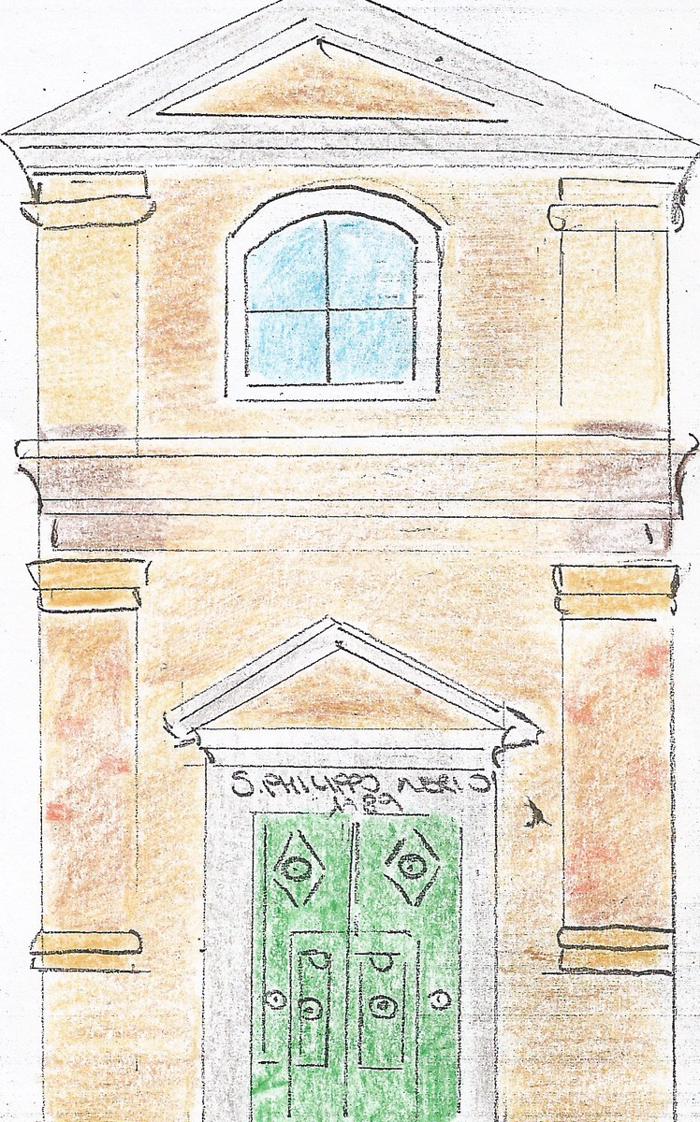 Have you ever been to Sant'Elpidio a Mare in the centre of Italy? It is a very small town, nevertheless... it is worth a visit! As a matter of fact Sant’Elpidio a Mare is rich in history and traditions. It is on a hill not far from the Adriatic coast and its historic centre is full of interesting buildings and monuments. Every year many tourists come and visit It. Let's discover it together! 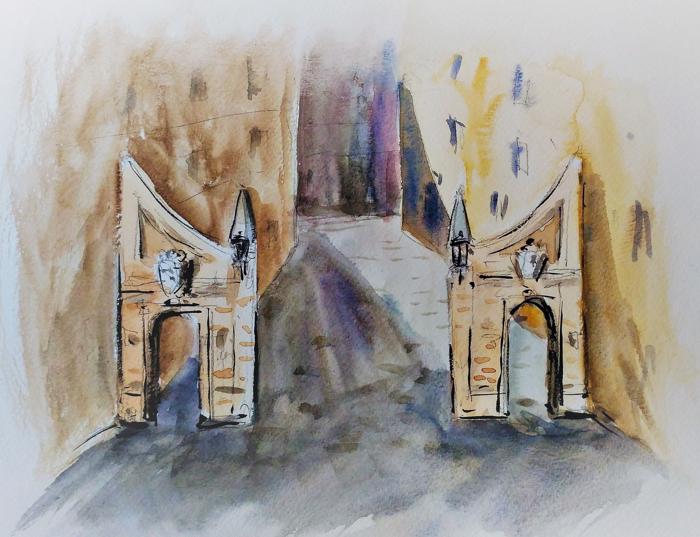 The residential area is surrounded by the remains of the mediaeval walls (13th and 14th century) with three of the original seven gates: Porta Romana (the Roman Gate), Porta Marina (The Marina Gate) and Porta Canale (the Canal Gate). Porta Romana was completely destroyed in 1930 and then rebuilt as 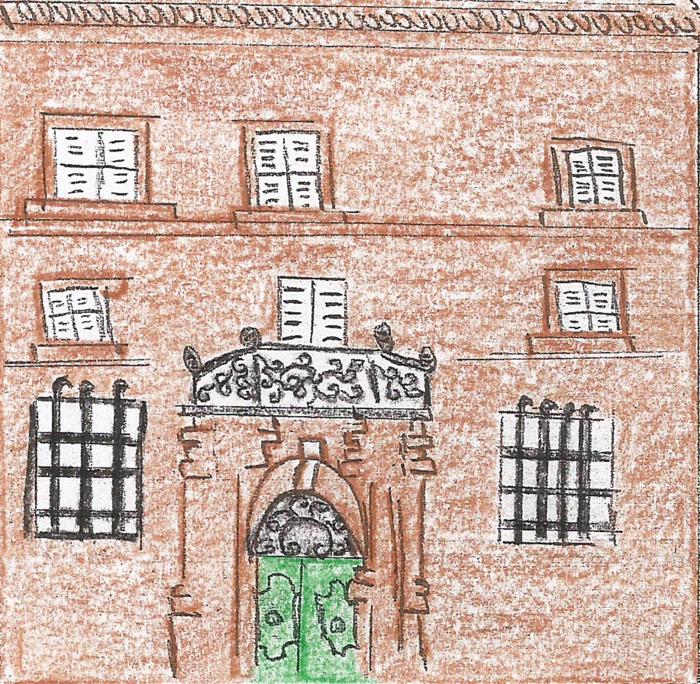 Palazzo Mallio was built in the 18th century by the ancient and eminent Mallio family. The restoration and the preservation of the building have been carried out thanks to the current owner, the entrepreneur and patron Filippo Fratalocchi.

The Luigi Cicconi Theatre was built in 1870. The famous architect Ireneo Aleandri designed it. The plastic decorations were made by the artist Salomone Salomoni and the pictorial decorations were commissioned to the painter Morini from Ancona. At the beginning of the 1950s, it was turned into a cine

The Church of San Filippo Neri

The church of San Filippo Neri originates from the small old church of Sant'Antonio and from the adjoining house, given as a gift by the Palmerocchi family, around 1735. It was then opened in 1789. The architects Valadier, Augustoni and Carducci worked on it over the years and contributed to its fin 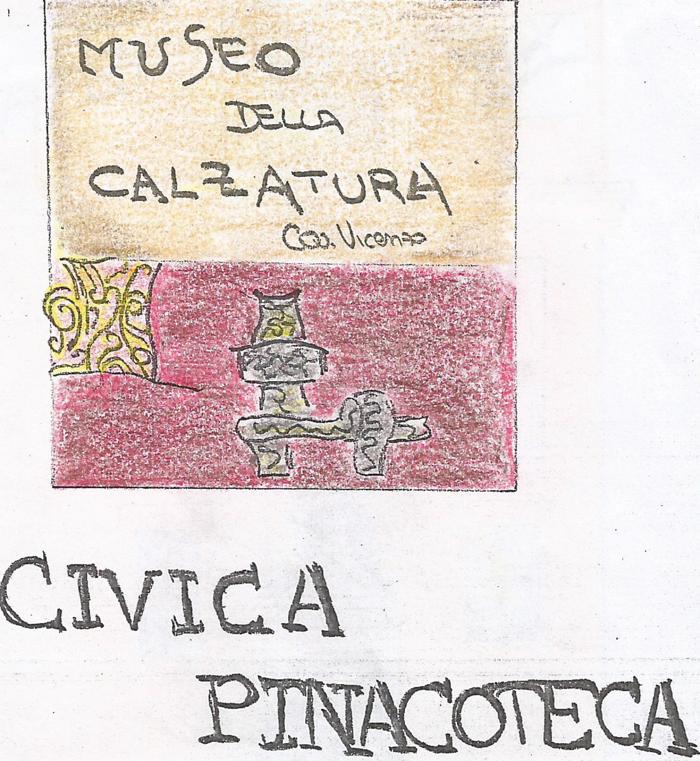 The art gallery Vittore Crivelli was opened in 1998. It occupies the rooms of the former convent of the Filippini. It offers a rich collection of paintings on wood and canvas from the 15th to the 18th century. It also hosts important works by Vittore Crivelli: the polyptych of the Incoronazione dell 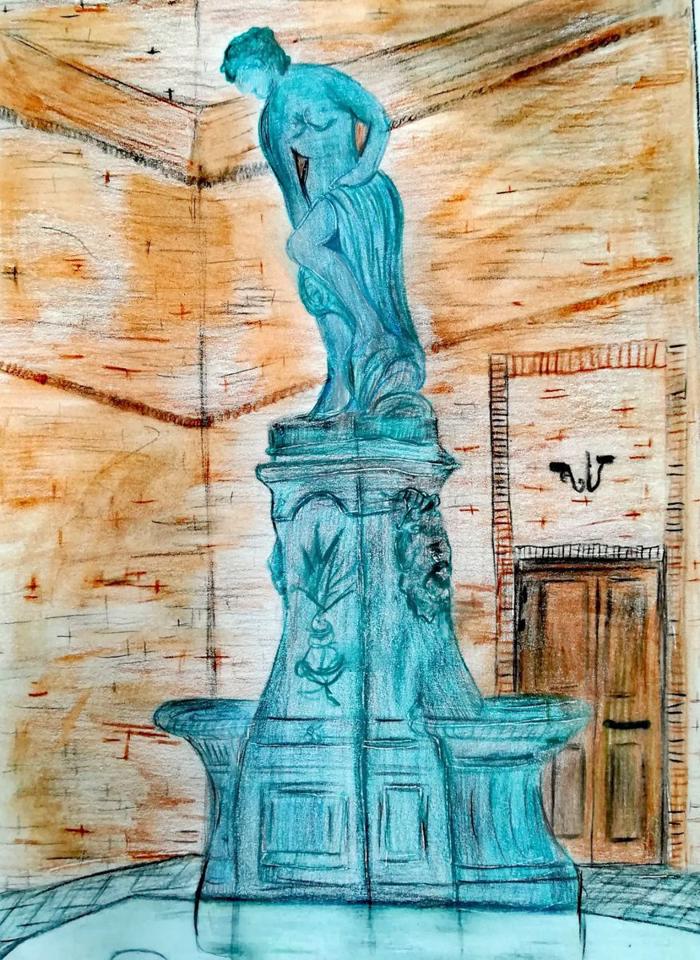 Fontana della Pupa (The Fountain of the Pupa)

This fountain was created to celebrate the first city water-supply reservoir. It was inaugurated on the 16th of September 1907. 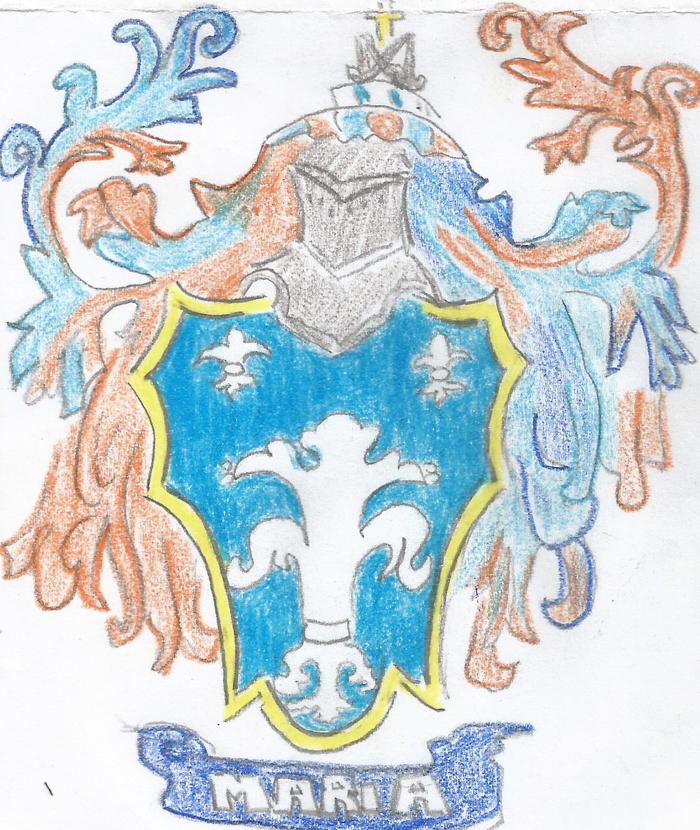 The Magnifica Contrada of Santa Maria is named after the 1400 church of Santa Maria in Piazza, today San Francesco. It is located under the old church of Sant'Antonio. The oval room, once used as a chapel, and the wooden choir, originally belonging to the Convento del Sacro Cuore, are very interesti 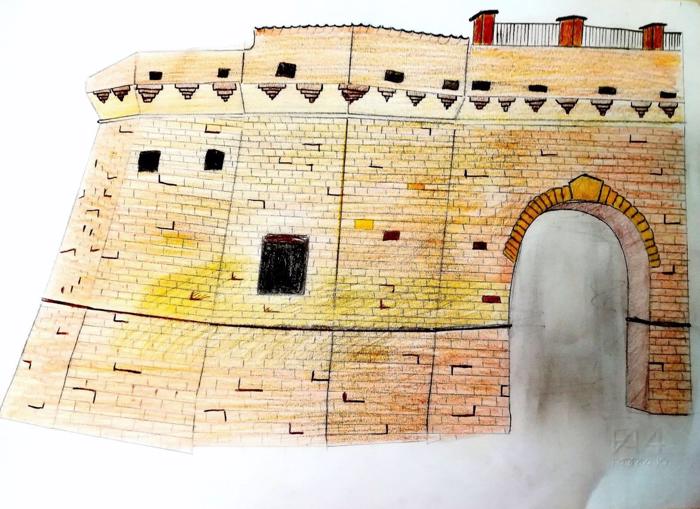 Porta Canale is the only gate that hasn't changed over the years. On its walls you can find a low relief from 1527, displaying the Saint Elpidio riding a horse. 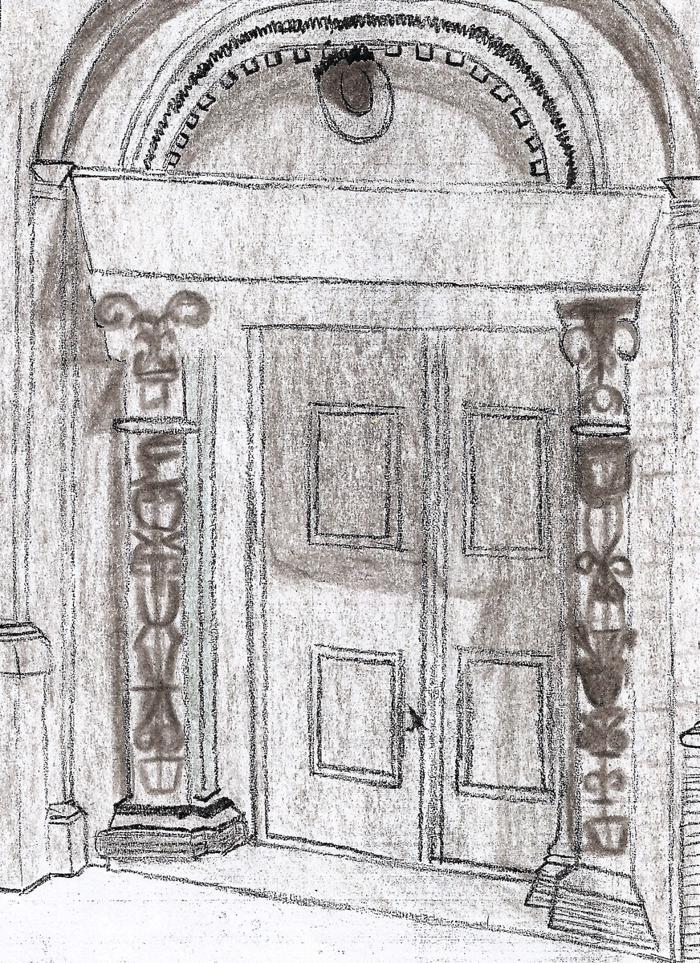 The Church of Sant’Agostino Nuovo

The church of Sant'Agostino was built in the 13th century. It was purchased by the Augustinian monks after the abandonment of the Madonna dei Lumi, in 1377. It was opened in 1760 and offers a beautiful example of Baroque architecture. The stone portal of the façade dates back to 1505. 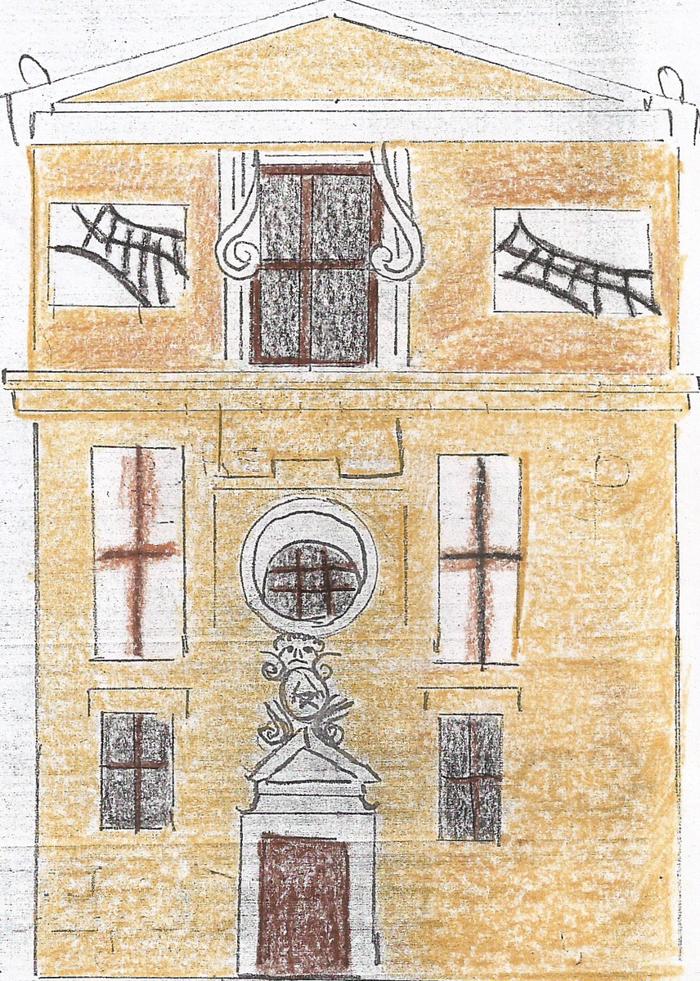 Built in the 16th century, it is the only Basilica of the Archdiocese of Fermo, and it is one of the richest and most beautiful churches in the Marches. Inside you can admire works by Pomarancio, Andrea Boscoli and Andrea Lilli. The basilica also hosts two precious 18th century organs made by Pietro