Discover the beauty of Savannah

Savannah
Sitting on the banks of the Savannah River as it greets the Atlantic, this city is soaked in southern history and culinary delights.
Take a self-guided tour 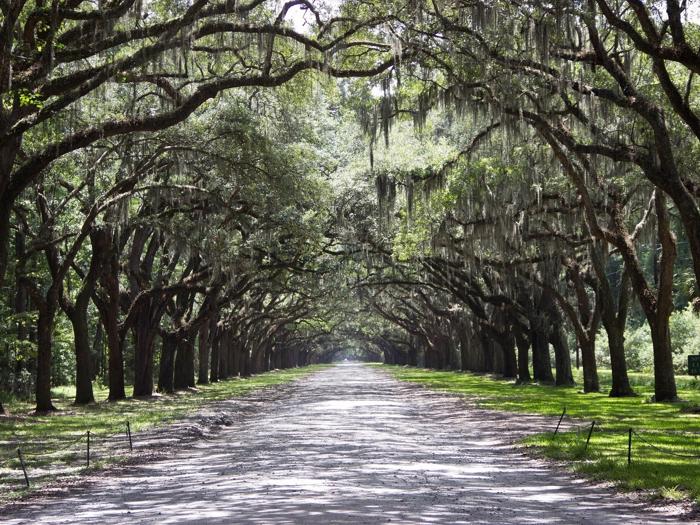 Savannah: Ghosts of the Garden City
Get the app
Start exploring right now: 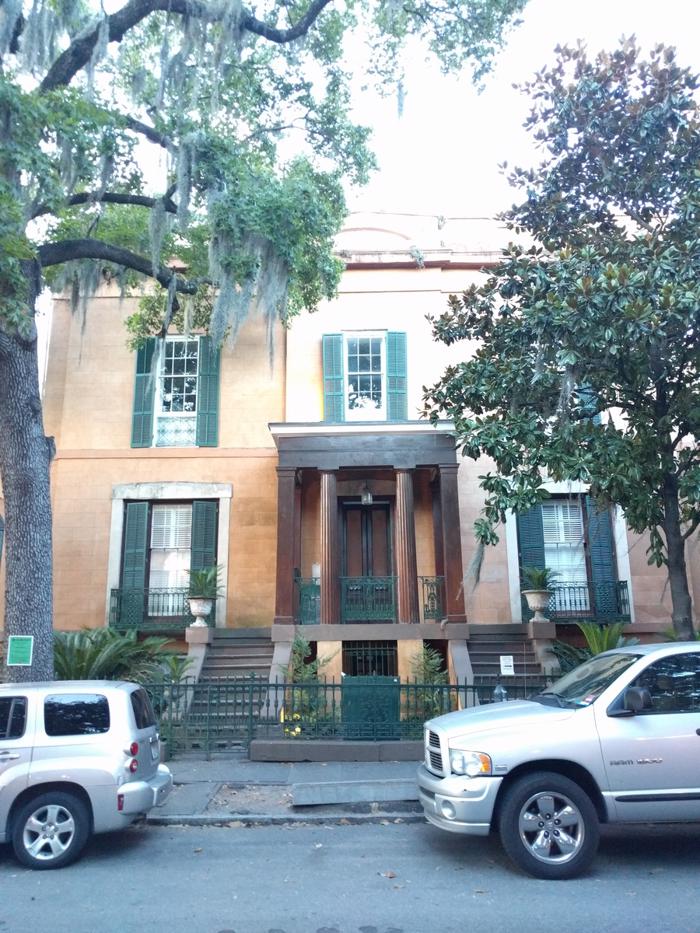 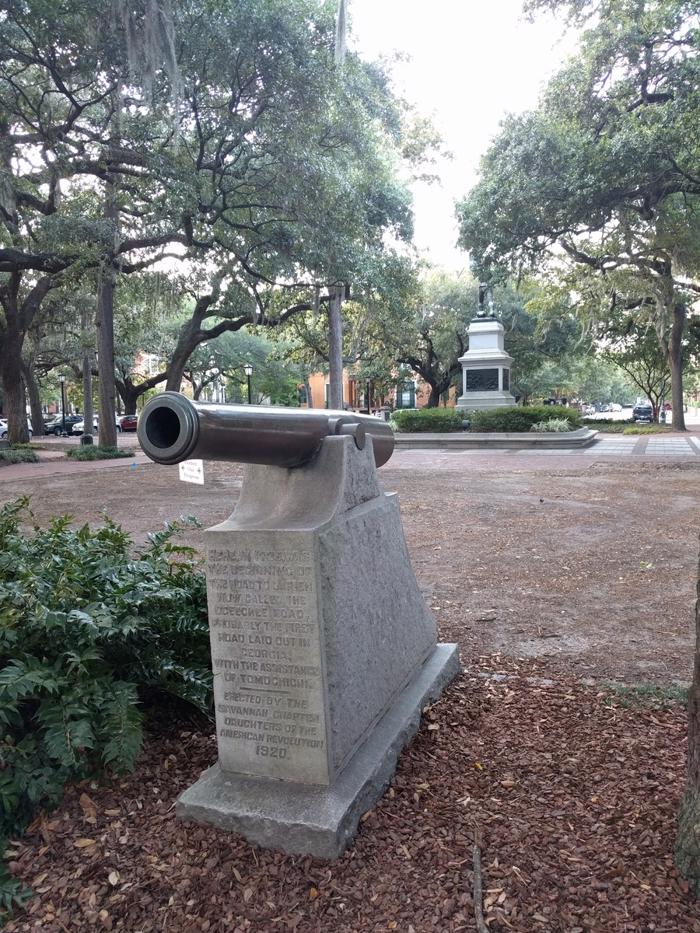 Savannah: Ghosts of the Garden City

Welcome to Savannah, the most haunted city in the United States - which is no surprise, given the city's long and turbulent history. From its earliest colonial days, Savannah has witnessed countless stories of human tragedy. Thousands of African slaves toiled in brutal conditions to build the early city, while others passed through the port city as the slave trade expanded in the United States. Fires and yellow fever outbreaks killed thousands in the early nineteenth century, and, the Civil War resulted in enormous casualties in the region. With all of the sorrows the city has born wit 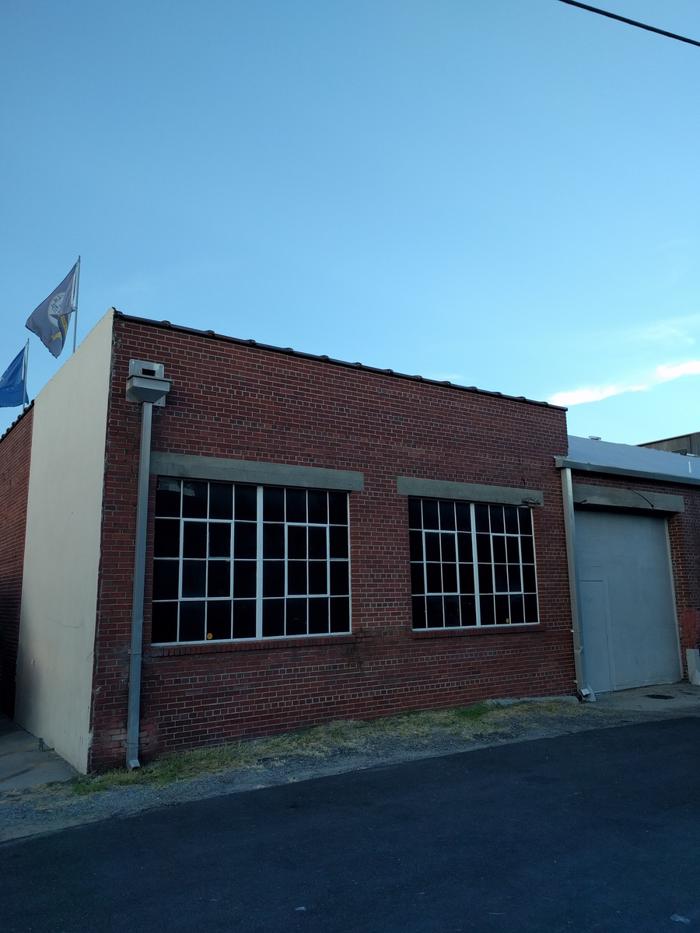 Though the Gribble House itself was torn down in 1944 and replaced with the warehouse and tour center that you see now, the site itself remains haunted. The source of the haunting is the 1909 murder of Eliza Gribble, owner of the Gribble House, her daughter Carrie Ohlander, and their tenant, Maggie

The majestic Sorrel-Weed House operates as a museum by day and hosts ghost tours by night. The Greek Revival residence was originally built by the prominent architect Charles Cluskey in 1840 for shipping magnate Francis Sorrel, also an elite member of Savannah Society. Sitting on Madison Square

Named for the 4th President of the United States, James Madison, Madison Square is one of the most atmospheric locales in a city packed with them. Laid out in 1837, the square quickly became one of the most popular places in the city for social gatherings. Prior to becoming a meeting place for the c 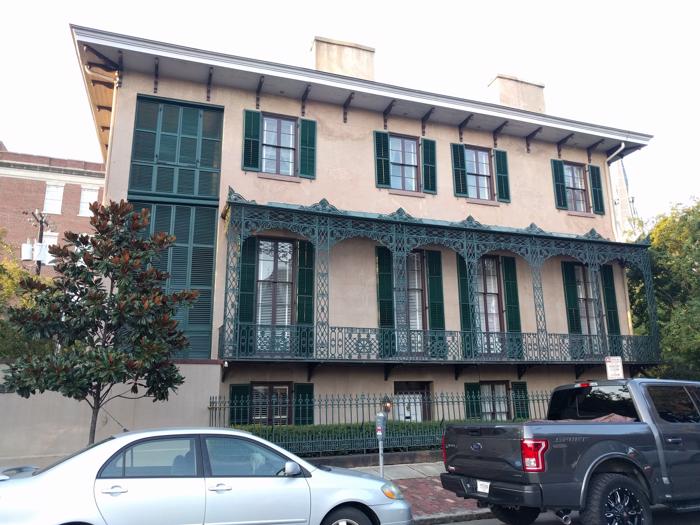 Andrew Low II moved to Savannah from Scotland in 1829 to help his aging uncle Andrew Low I with his booming cotton export business. He was wildly successful and became one of the richest people in Savannah by the early 1840s. In 1847, he commissioned architect John Norris to build a grand home for h 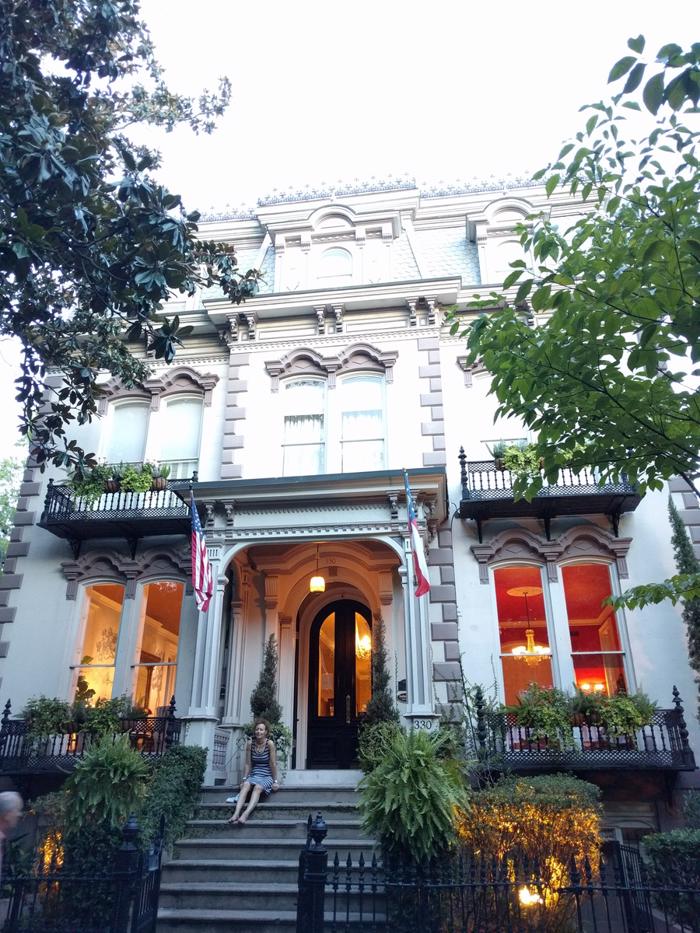 The Hamilton Turner Inn looks like a haunted mansion, so much so that the Haunted Mansion ride at Disney World was modeled after it. It was built in 1873 in the Second Empire French Gothic style as a residence for wealthy Savannah businessman Samuel Hamilton. In 1883, the mansion was the first home 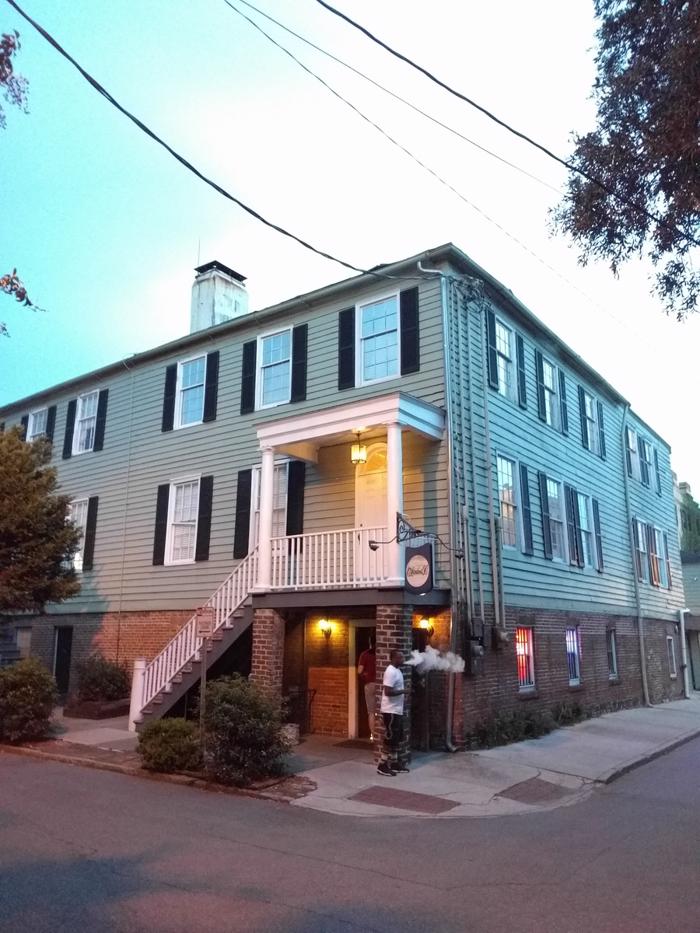 If you find yourself in need of a break or are looking to turn the second half of your walking tour into a pub crawl, now's your chance! If you do stop in, have a look around for the change that guests report is left around the premises by the ghost of a male servant.But whatever you do, don't stop 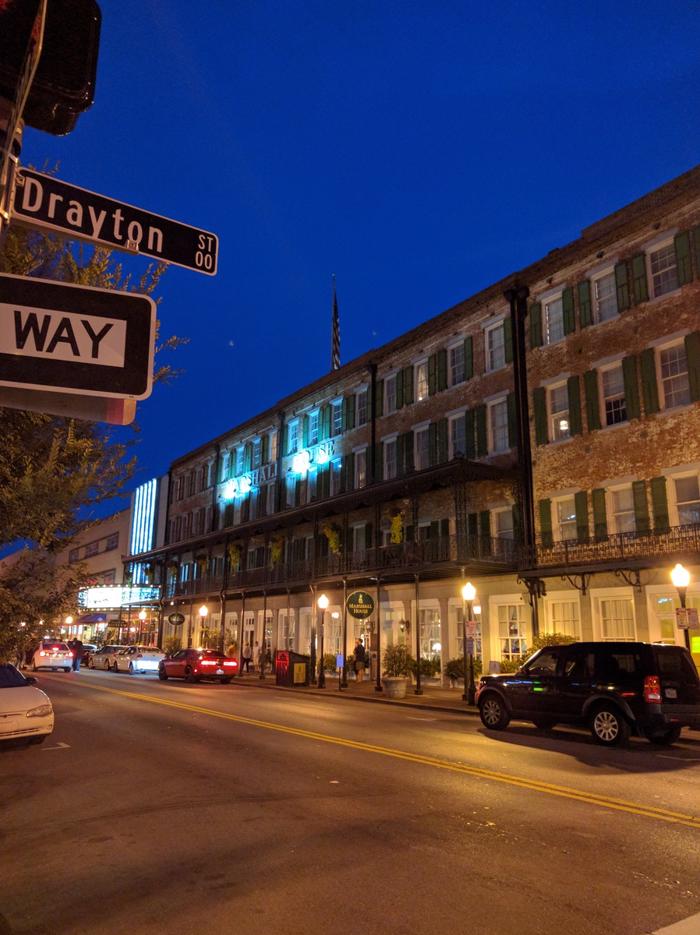 Another haunted hotel, the Marshall House has been open for business since 1851, save for the period in 1864 when Union General Sherman occupied the hotel and used it as a hospital for his injured troops. During that winter, the ground under the hotel was frozen solid, so doctors disposed of soldier 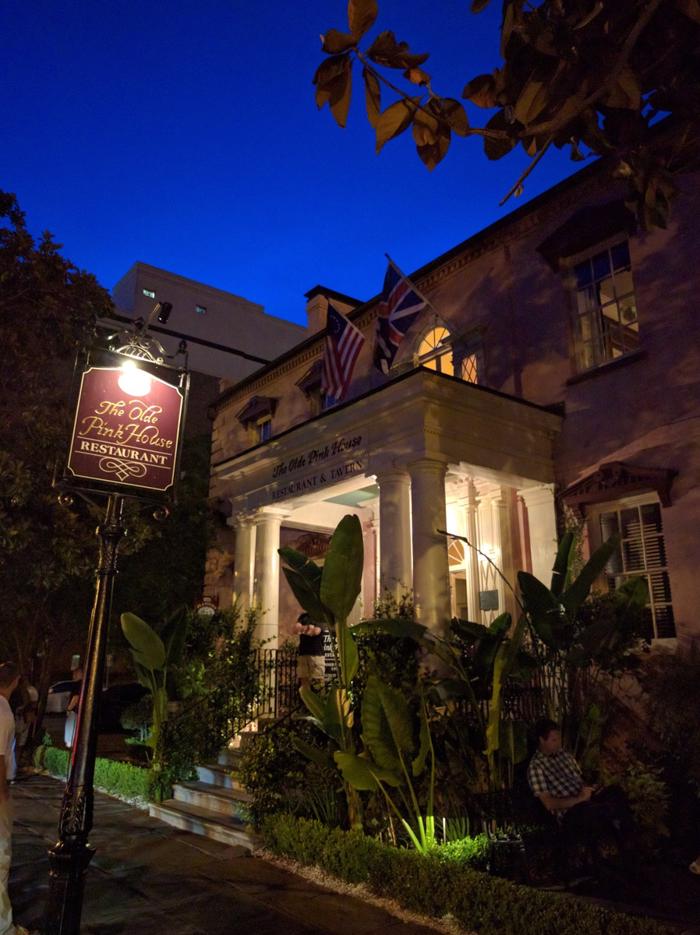 One of the oldest surviving buildings in the city, The Olde Pink House, earned its name from the pink stucco exterior. It was built in 1771 as a private residence for James Habersham, Jr., founder of one of the early city's important families. He was, like most notable Savannah citizens of his 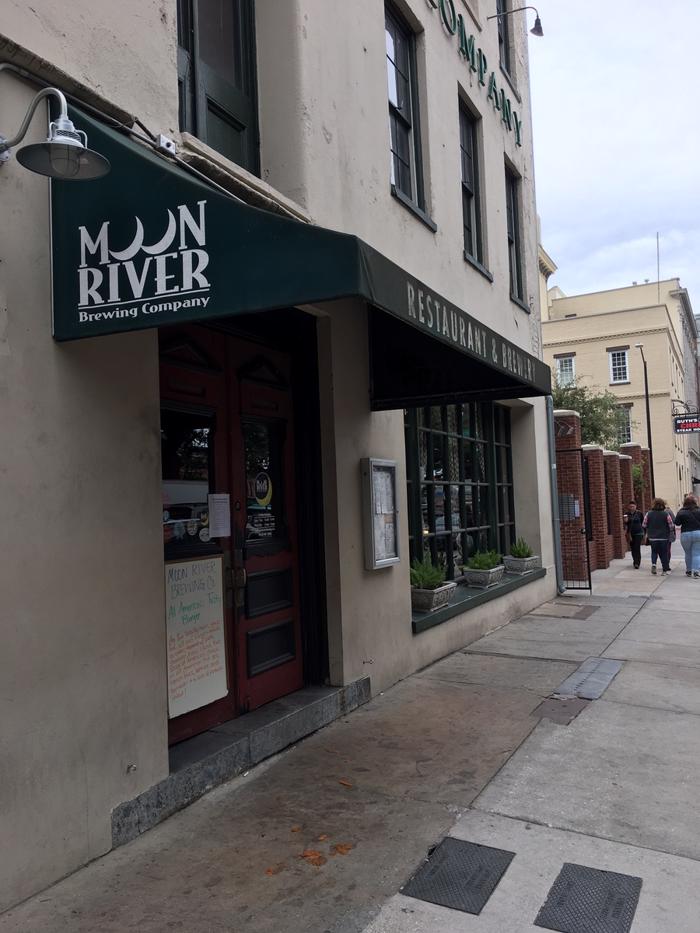 Another possible beer stop! Given that it's considered to be the most haunted location in a city full of haunted sites, it's no surprise that the Moon River Brewing Co. has been featured on Ghost Hunters and Ghost Adventures. Built in 1821 on a site of many casualties during the 1820 Great Fire, the 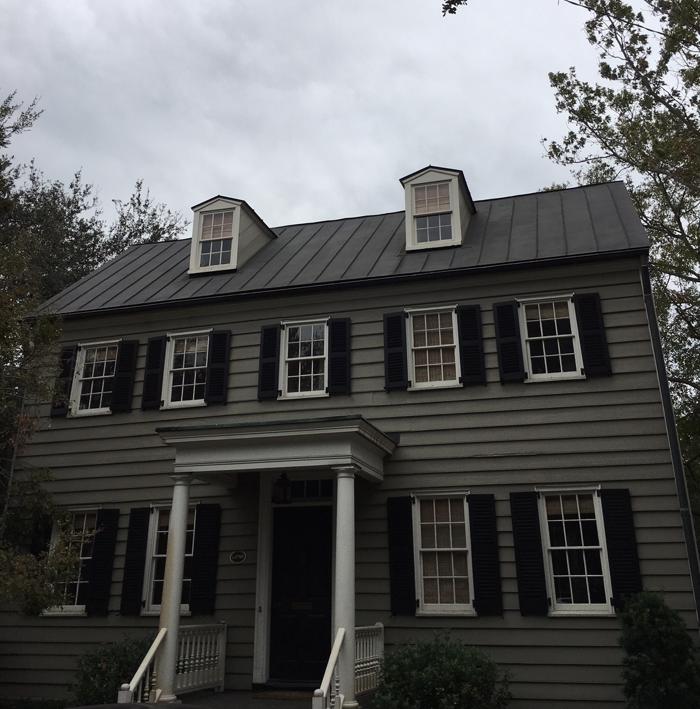 Some say this is the most haunted house in town. Facing Washington Square, the Hampton Lillibridge House today sits at 507 East St. Julian St. It was originally built on East Byron St. in 1796 on the orders of Mr. Hampton Lillibridge, who had moved to Savanah from Rhode Island. It's one of the only

Known also as "The City of Oaks", the forestal title is but a gateway to Raleigh's wondrous parks and nature and its colorful gardens and galeries.