Discover the beauty of Antwerp

A port city in Belgium, Antwerp is full of history that dates back to the middle ages. There are plenty of cobblestoned streets to get lost on and an outstanding cathedral to admire. For all the animal lovers, check out the zoo that has been there since 1843!!

Antwerp
A port city in Belgium, Antwerp is full of history that dates back to the middle ages. There are plenty of cobblestoned streets to get lost on and an outstanding cathedral to admire. For all the animal lovers, check out the zoo that has been there since 1843!!
Take a self-guided tour 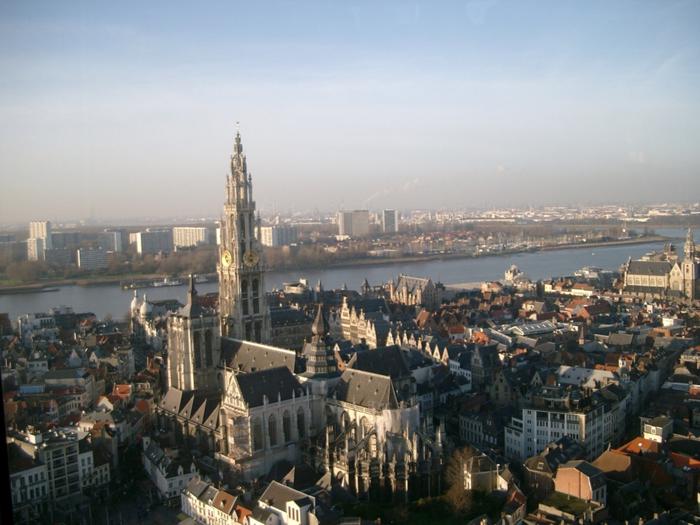 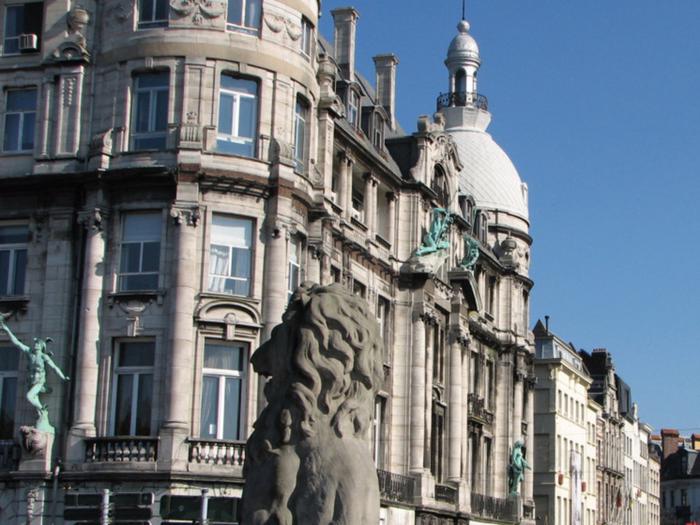 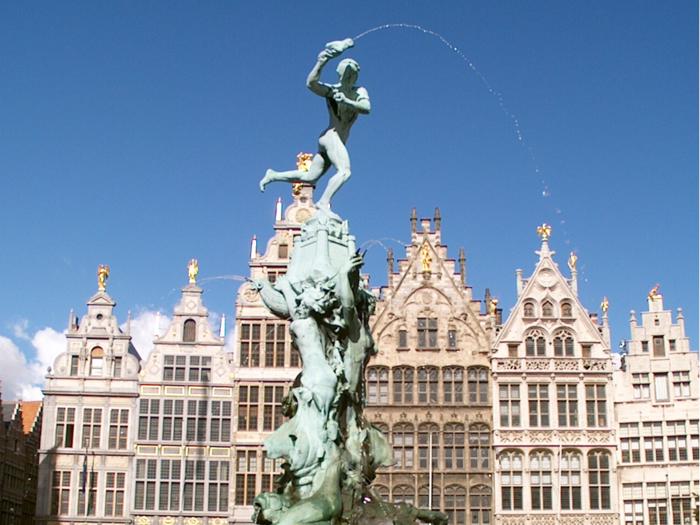 Welcome to Antwerp! It is fairly clear how Antwerp came into being, but there are various explanations regarding the origin of its name.Antwerp owes its existence to the River Scheldt. The first inhabitants settled on an ‘Aenwerp’, which means a projection of land into the river. It is very likely that the name of the city originates from this. But there is another story about the origin of the name ‘Antwerp’.In the 8th century, this place was called Andouerpis. The Germanic ‘Ada’ means opposite and ‘werpum’ 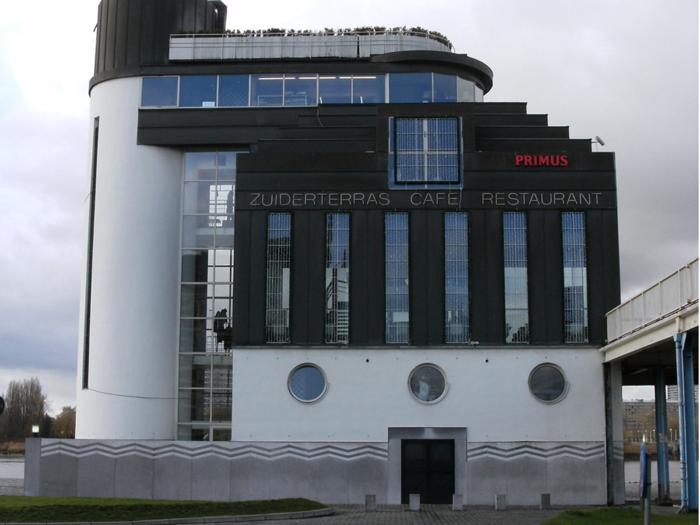 This IZI Audio Tour begins and ends here at the Zuiderterras. Here, you have a wonderful view over the River Scheldt. If you look down, you can see the flood wall below, which is 5.5 kilometers long. This wall protects Antwerp from flooding. The quays seem forlorn and deserted now, but it was very d

This imposing building, with two naked women on its façade, is the Hanzehuis. The name 'Hanze' refers to a union of European port cities that were mainly situated in Germany. Later, 'Hanze' became the name of the association of the commercial and industrial middle class. The ladies portrayed on the 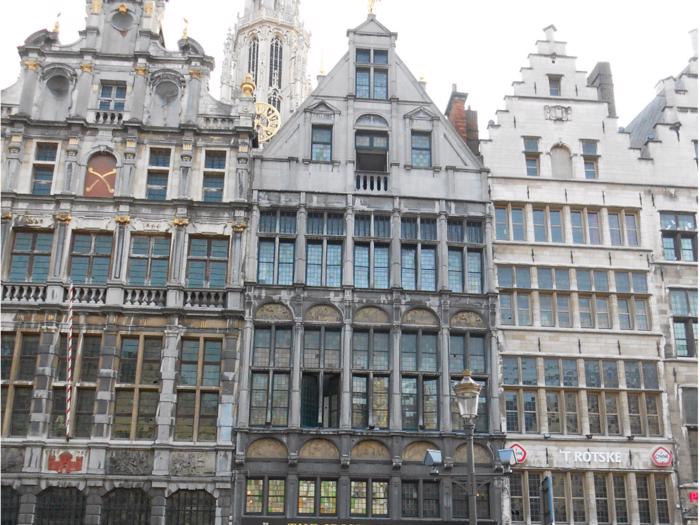 In this street, which is also called the Grote Markt, you can find a number of historic facades. At number 38, you can see an authentic late Renaissance market façade dating from 1615. This was once the seat of the cloth guild. The neighbors at number 40 possess the last original market façade. The 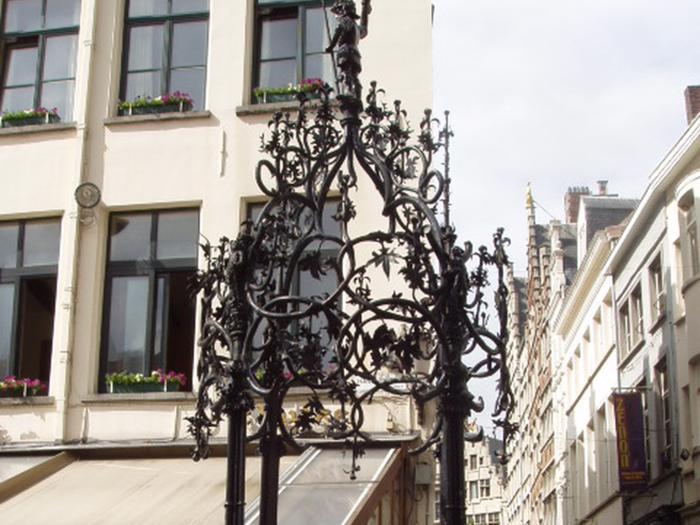 The well of Quinten Matsijs, and Nello and Patrasche

If you head towards the Cathedral of Our Lady, you'll pass another Brabo which crowns the well of Quinten Matsijs. This is one of the last sculptures by Matsijs. Shortly afterwards, he fell in love with the daughter of a painter. Because he would do just about anything for her, he also became a pain 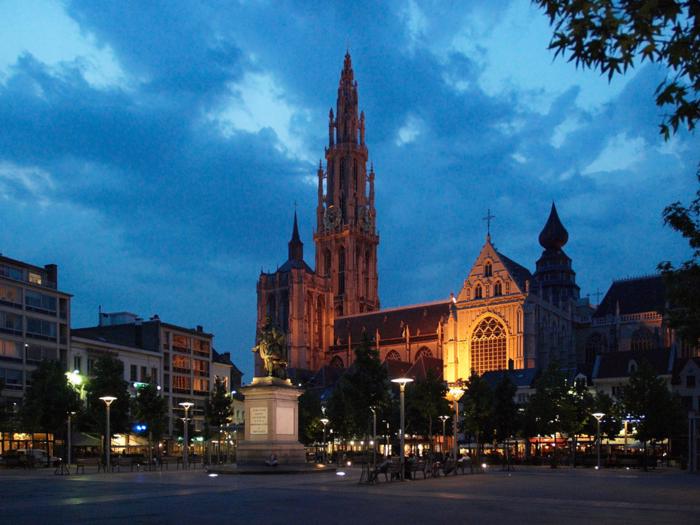 Groenplaats used to be a cemetery: a cemetery overgrown with grass, hence the name Groen Kerkhof (Green Cemetery). Emperor Joseph II - not entirely unjustified perhaps - banned cemeteries from the city. Groen Kerkhof evolved into a square with lime trees. It was officially named Gelijkheidsplein (Eq 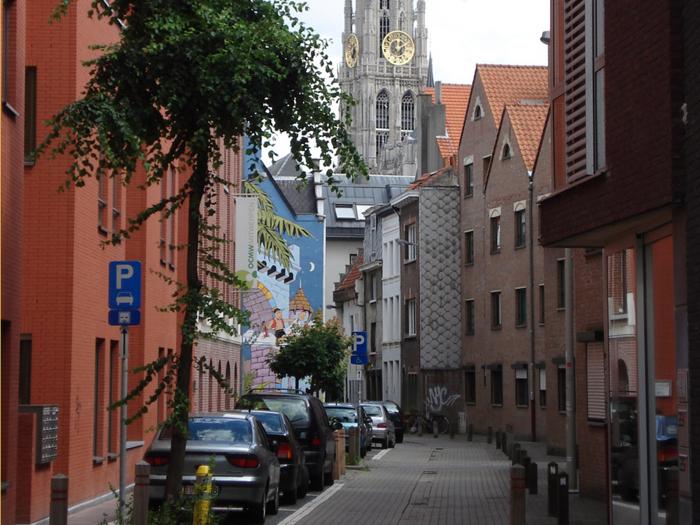 Strolling from Sint-Andrieskerk to the Friday market on Korte Ridderstraat, you will exit the Sint-Andries quarter but pause for a moment in this neighborhood. Previously, here, poverty abounded, but as it so often is the case with socially deprived neighborhoods, after renovations, it once again be 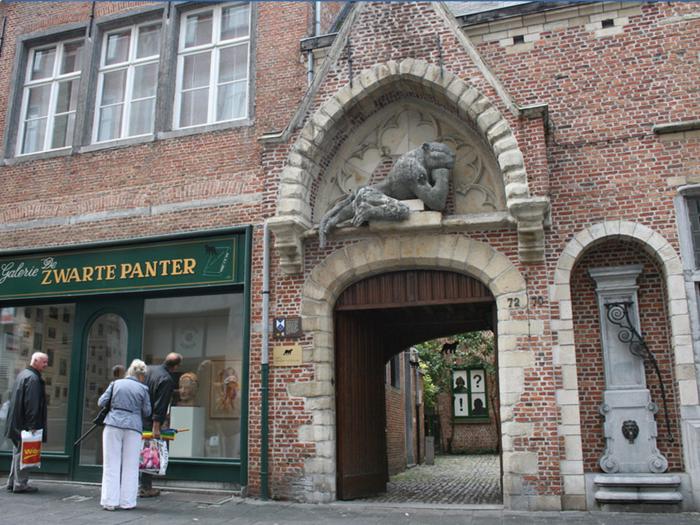 The ancient Sint-Julianusgasthuis (St Julian's Hospice) at number 70 dates back to 1303 and was founded to offer shelter to pilgrims en route to Santiago de Compostela. They were allowed to stay for three days here, at the end of which, they received a certificate for good Christian behavior. This c 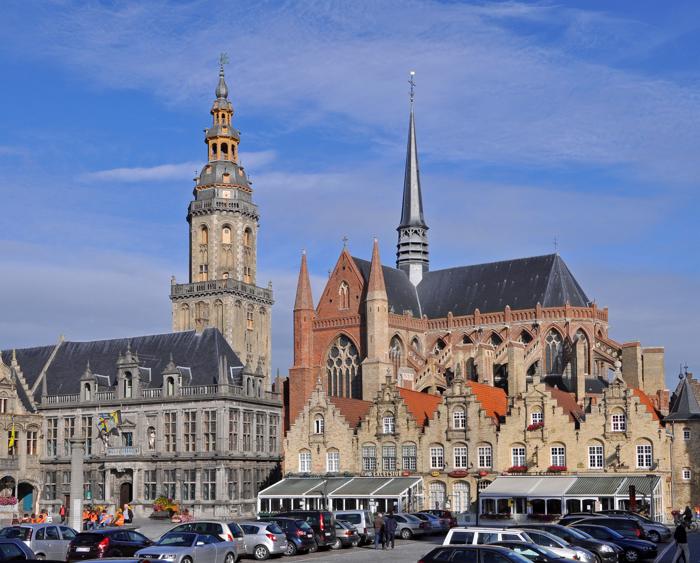 The Grote Markt of Antwerp is a town square situated in the heart of the old city quarter. It is filled with an extravagant city hall, numerous elaborate 16th century guildhalls, many restaurants and cafés. Lying within walking distance of the Scheldt river, it hosts a Christmas market and ice rink 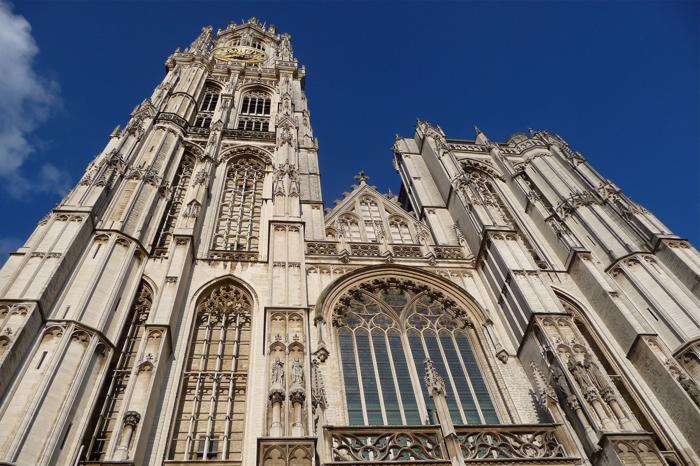 Cathedral of Our Lady

The Cathedral of Our Lady is a Roman Catholic cathedral in Antwerp, Belgium. Today's see of the Diocese of Antwerp started in 1352 and, although the first stage of construction was ended in 1521, has never been 'completed'. In Gothic style, its architects were Jan and Pieter Appelmans. It contains a 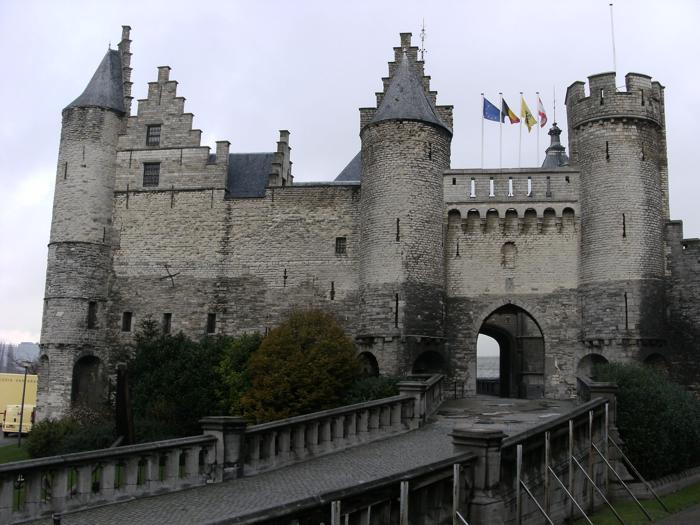 Het Steen is a medieval fortress in the old city centre of Antwerp, Belgium, one of Europe's biggest ports. Built after the Viking incursions in the early Middle Ages as the first stone fortress of Antwerp, Het Steen is Antwerp's oldest building and used to be its oldest urban centre. Previously kn 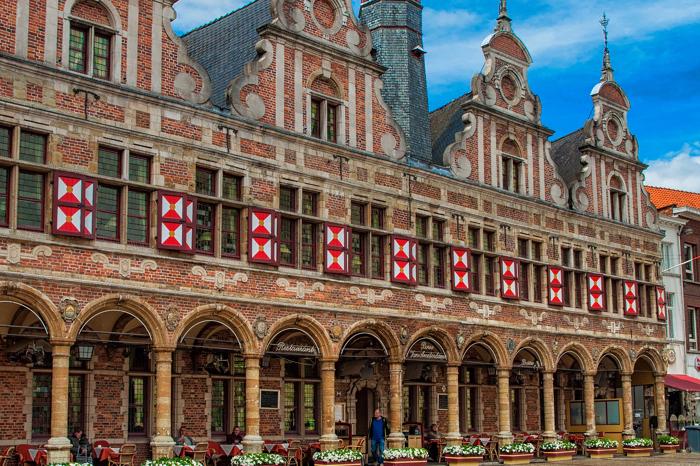 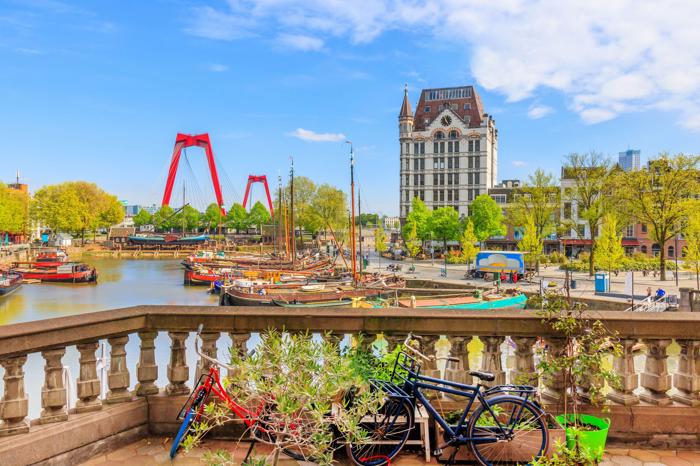 Since its reconstruction after World War II, Rotterdam has been known for its innovative and modern nature, not to mention stunning architecture. Head