Discover the beauty of Bologna

This city is divided into two diverse halfs that fuse together medieval ways with extreme elegance. The Piazza Maggiore and the University of Bologna are must-sees when you adventure through this splendid city!

Bologna
This city is divided into two diverse halfs that fuse together medieval ways with extreme elegance. The Piazza Maggiore and the University of Bologna are must-sees when you adventure through this splendid city!
Take a self-guided tour 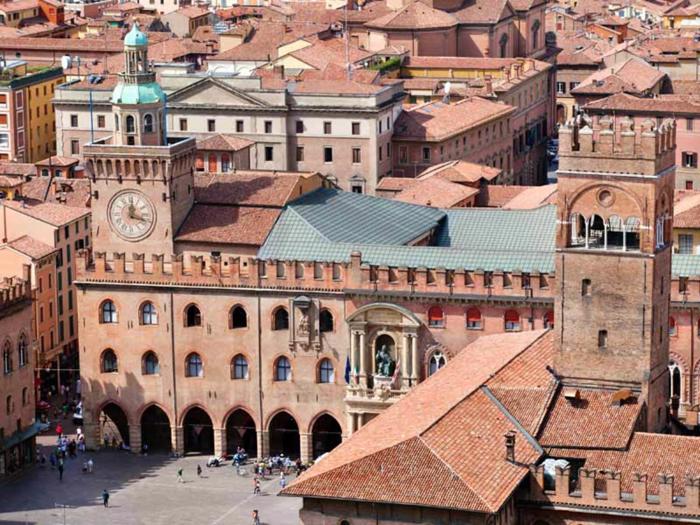 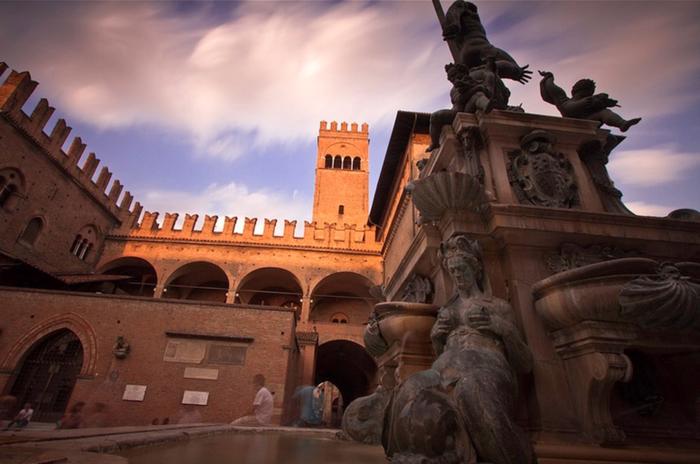 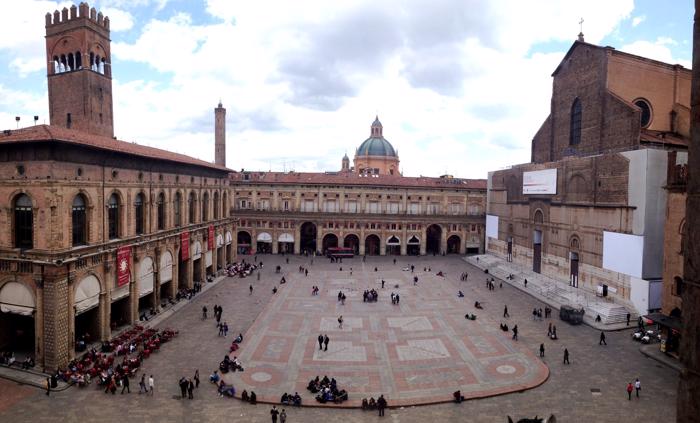 Bologna is the main city of the Emilia-Romagna region in Italy. It is famous for having the oldest existing university in Europe, the largest number of porticoes in the world, its rich cinema tradition, and excellent cuisine, especially Bolognese sauce. Bologna is an ancient city. It was founded by the Etruscans in the VIth century BC, when it was called Felsina, though previous settlements on this site date back even to the Xth century BC. After the Etruscan era, Celts arrived here, followed by the Romans in 189BC, who established their city, Bononia. Thanks to the Romans, Bologna becam 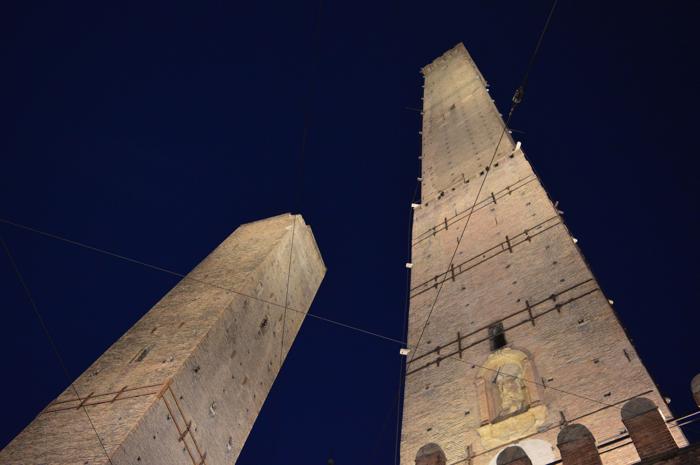 These two leaning towers are the most famous towers in the city. The Asinelli Tower (the taller one) takes its name from the wealthy Asinelli family who built it. After it was acquired by the city of Bologna in the 12th century, it served as a prison. The other tower is called Garisenda. You can cl 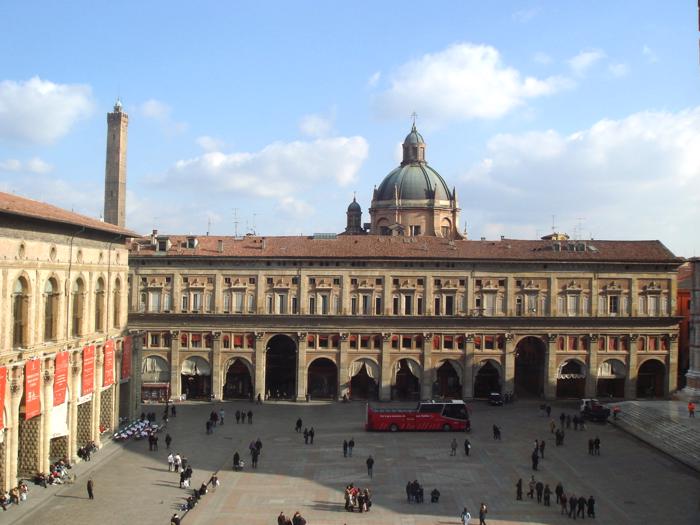 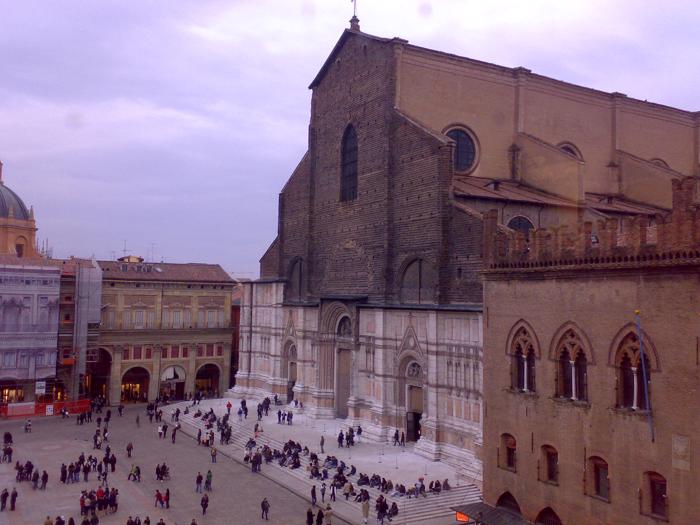 The Basilica of San Petronio is a minor basilica and church of the Archdiocese of Bologna located in Bologna, Emilia Romagna, northern Italy. It dominates Piazza Maggiore. The basilica is dedicated to the patron saint of the city, Saint Petronius, who was the bishop of Bologna in the fifth century. 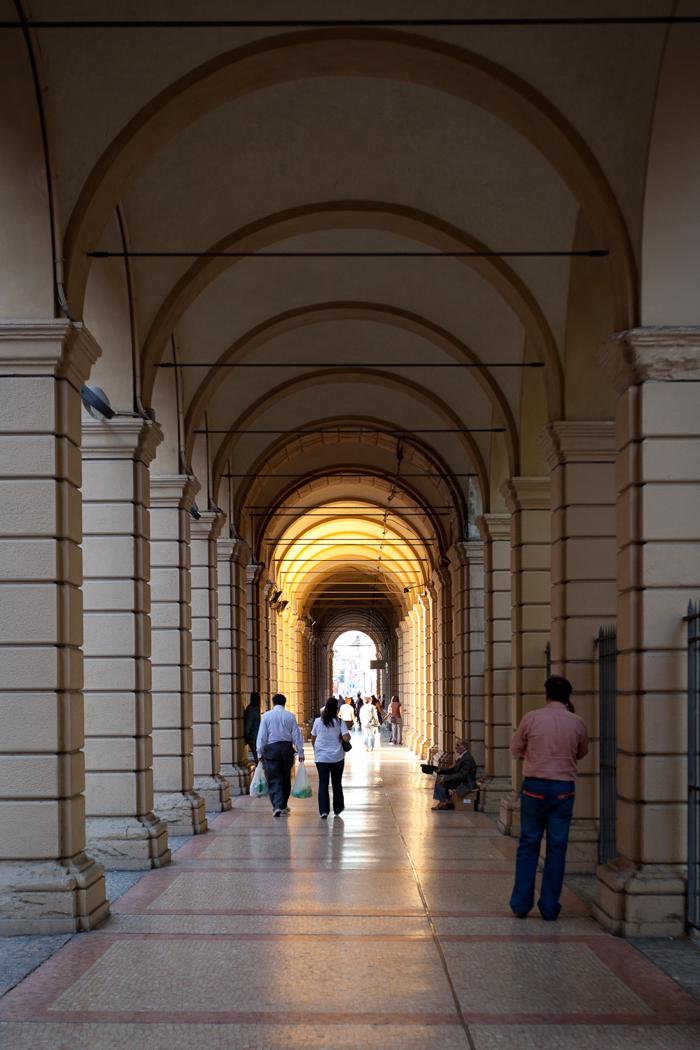 Stroll the street leading to the railway station. It has always been the main street in the city and now it is packed with shops. 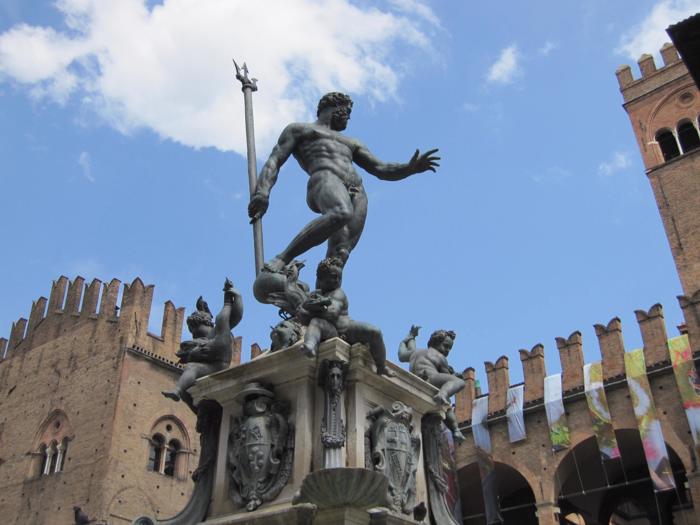 The Fountain of Neptune is a monumental civic fountain located in the eponymous square, Piazza del Nettuno, next to Piazza Maggiore, in Bologna, Italy The fountain is a model example of Mannerist taste of the Italian courtly elite in the mid-sixteenth century. 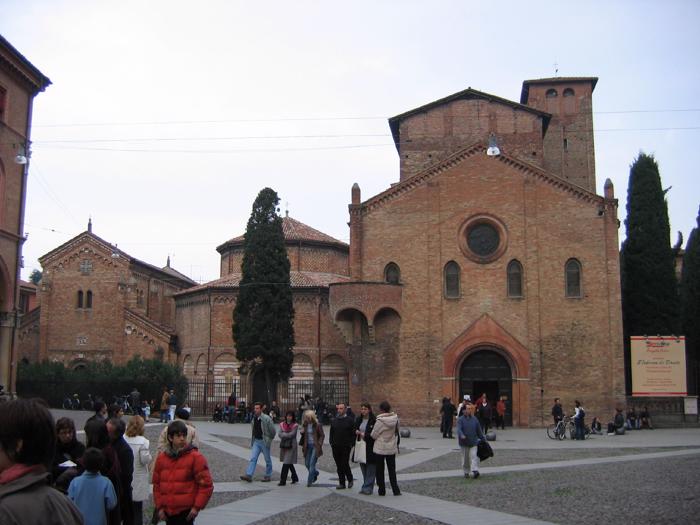 The basilica of Santo Stefano encompasses a complex of religious edifices in the city of Bologna, Italy. Located on Piazza Santo Stefano, it is locally known as Sette Chiese and Santa Gerusalemme. It has the dignity of minor basilica. 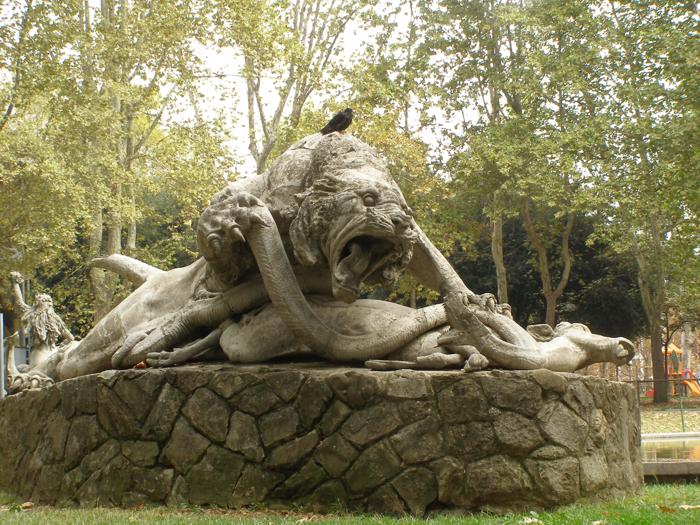 The Park of Montagnola is a public park in Bologna, Italy; it owes the original construction to Napoleonic rule, who commissioned the park design from Giovanni Battista Martinetti. The base of the park contains the ruins of the 14th-century Castello di Galliera, which then leads to a scenographic s 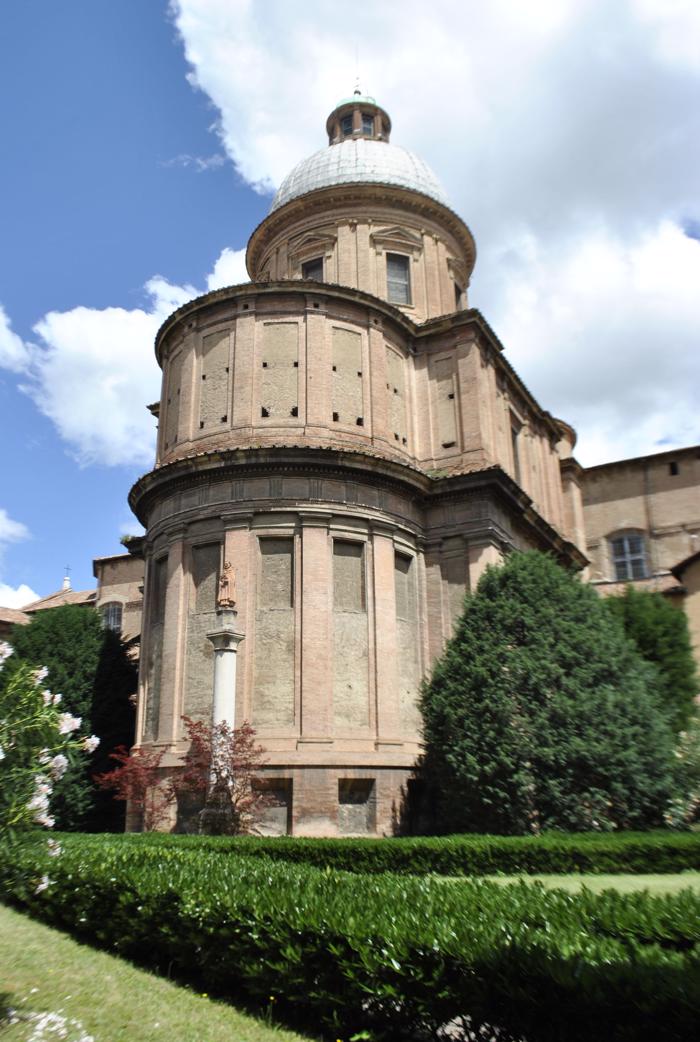 The Basilica of San Domenico is one of the major churches in Bologna, Italy. The remains of Saint Dominic, founder of the Order of Preachers, are buried inside the exquisite shrine Arca di San Domenico, made by Nicola Pisano and his workshop, Arnolfo di Cambio and with later additions by Niccolò del 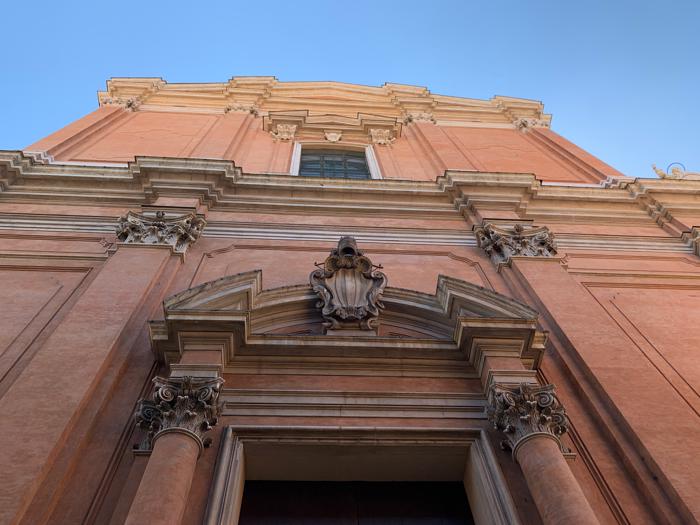 Bologna Cathedral, dedicated to Saint Peter, is the cathedral of Bologna in Italy, and the seat and the metropolitan cathedral of the Archbishop of Bologna. Most of the present building dates from the 17th century, with a few parts from the late 16th century. 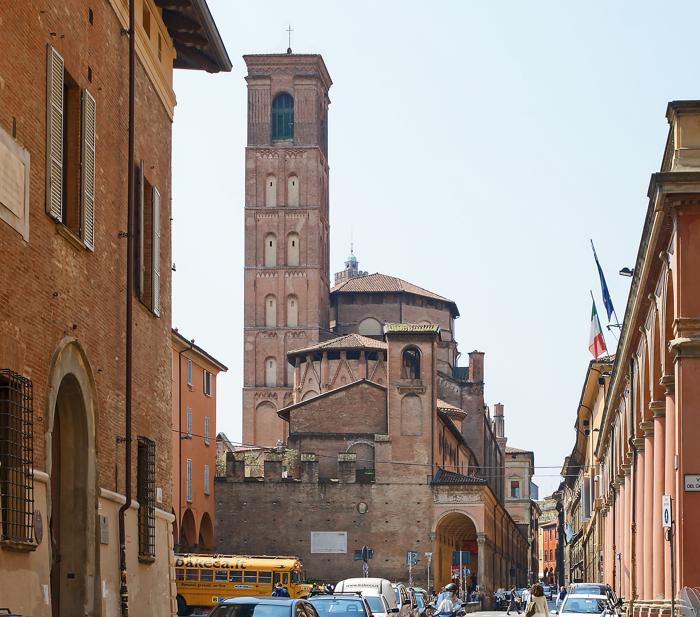 The Basilica of San Giacomo Maggiore is an historic Roman Catholic church in Bologna, region of Emilia Romagna, Italy, serving a monastery of Augustinian friars. It was built starting in 1267 and houses, among the rest, the Bentivoglio Chapel, featuring numerous Renaissance artworks.

A seaside town south of Venice, Chioggia has plenty of canals and narrow streets near its historic center. Visit the beach and tour the Romanesque wat