Discover the beauty of Rome

Travel back in time and experience one of the most romantic and historically significant cities in the world. Visit the wonders of this notable hub and see the art that inspired generations and extraordinary ruins that can’t be found anywhere else.

Rome
Travel back in time and experience one of the most romantic and historically significant cities in the world. Visit the wonders of this notable hub and see the art that inspired generations and extraordinary ruins that can’t be found anywhere else.
Take a self-guided tour 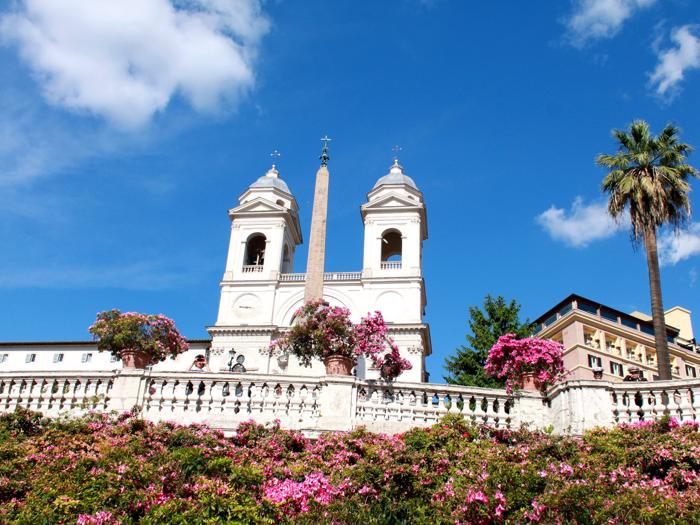 In Rome, do as the Romans do!
Get the app
Start exploring right now: 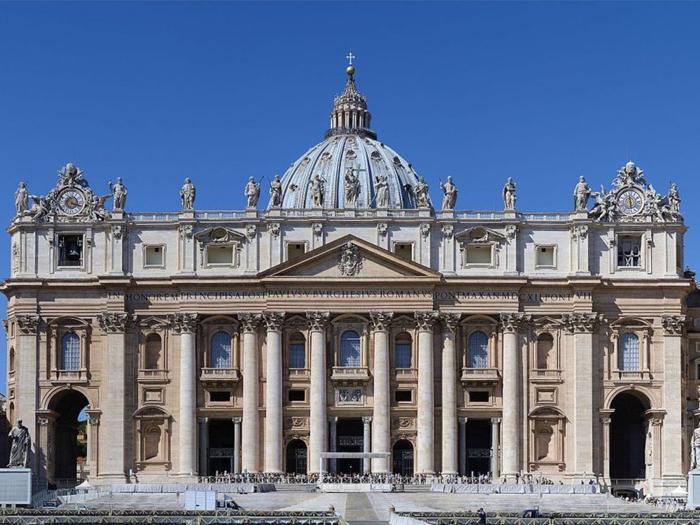 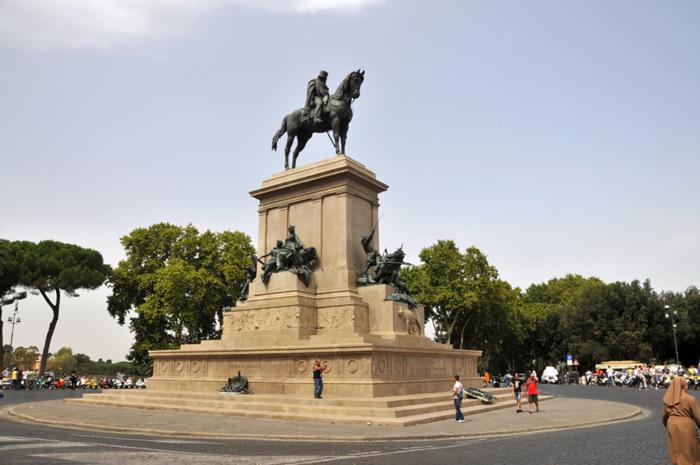 In Rome, do as the Romans do!

Welcome to Rome! Few are the people unfamiliar with the saying; “when in Rome, do as the Romans!” And even if you are new to the expression, today is the day to walk in the footsteps of the Romans, to learn about ancient life here in this historic and exiting city, and to let your imagination take you back to the times of the Roman Empire. This tour will take you to various ancient landmarks, where you will be amazed how little has changed since its glory days 2000 years ago! See where the Romans used to hold the famous gladiator games, where the Senate was once ruling the entir 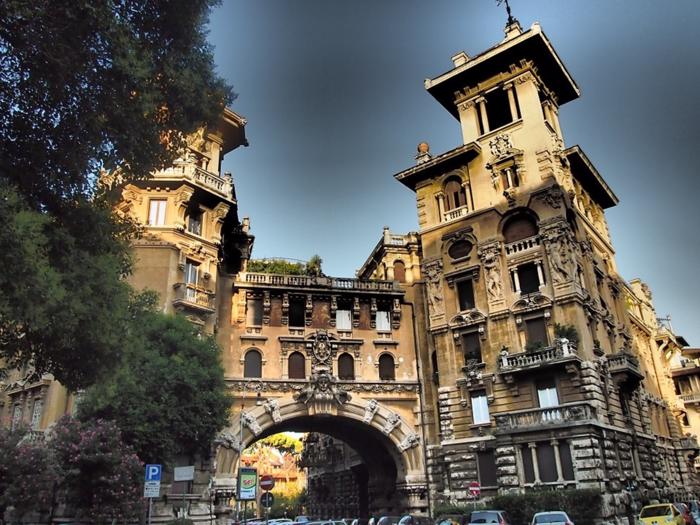 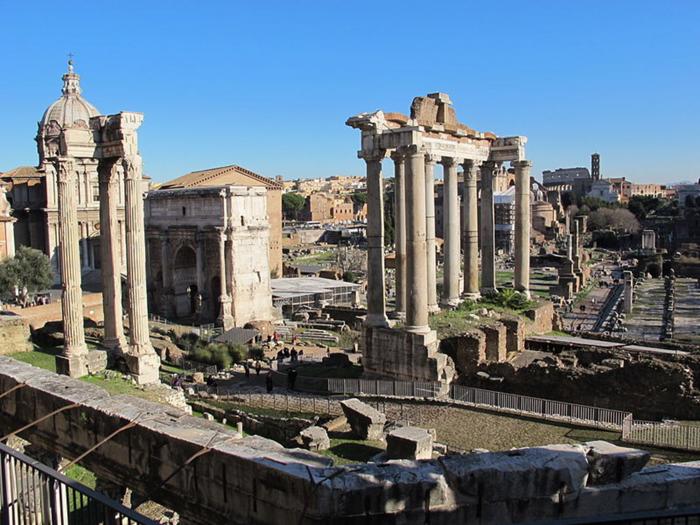 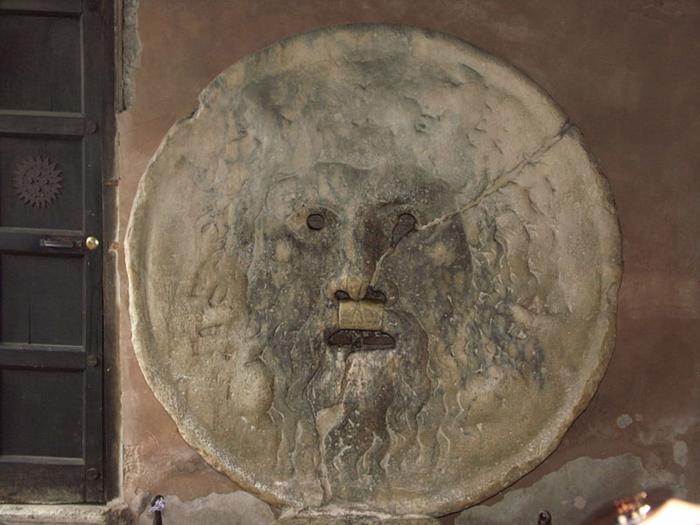 The romantic and intriguing Rome

Here we are in one of the most beautiful and famous cities in the world: Rome.We will take you on a tour to see romantic and mysterious places. You will visit a different Rome, an intriguing Rome. We will take you to see places that are not so well known.We wish you a wonderful day, a day as wonderful as the city you are about to visit! Enjoy!Our tour starts from the Termini train station. We immediately head towards a place that hides an intriguing and mysterious history: the Piazza Vittorio gardens.Leaving the train station behind you, you will find you 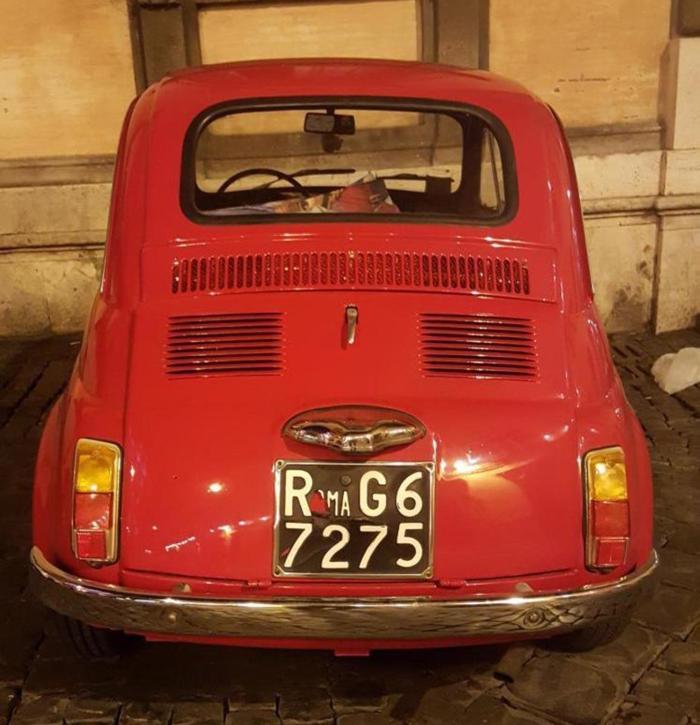 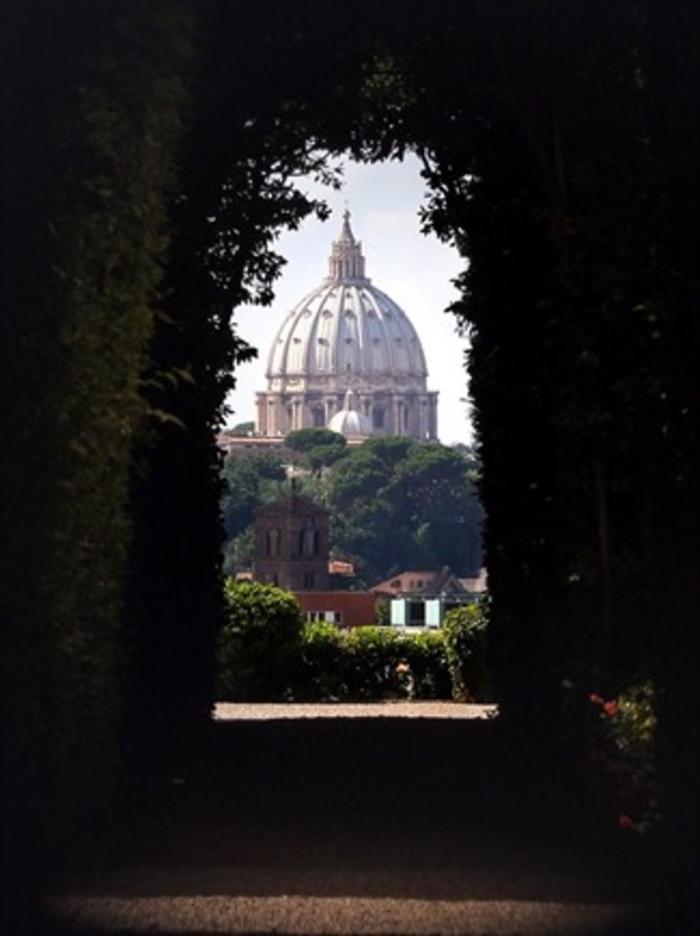 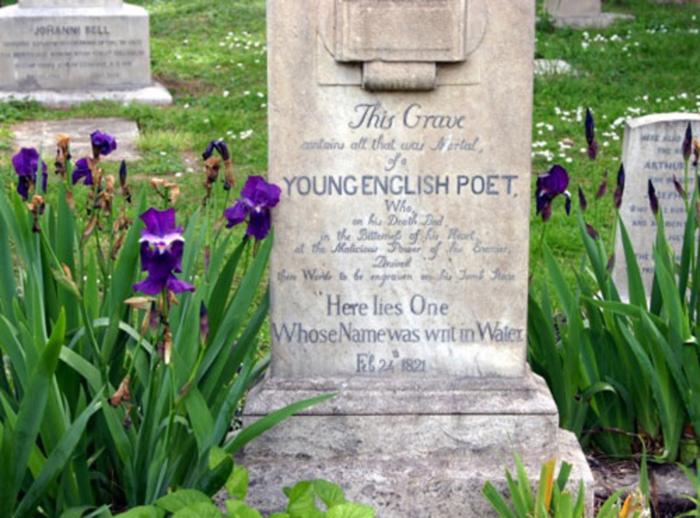 Rome is called the “Eternal City” and to get to know Rome, see all the places and hear all its stories would take an eternity. Maybe that is why many tourists return to Rome again and again to discover something new that they missed last time.If you have visited Rome before or have time to visit sites that are not mentioned in the regular tour guides, you are welcome to visit “another Rome”. This is a collection of places that date back to ancient times as well as from the modern period. You can find out on this tour where the best panoramic view of Rome can be 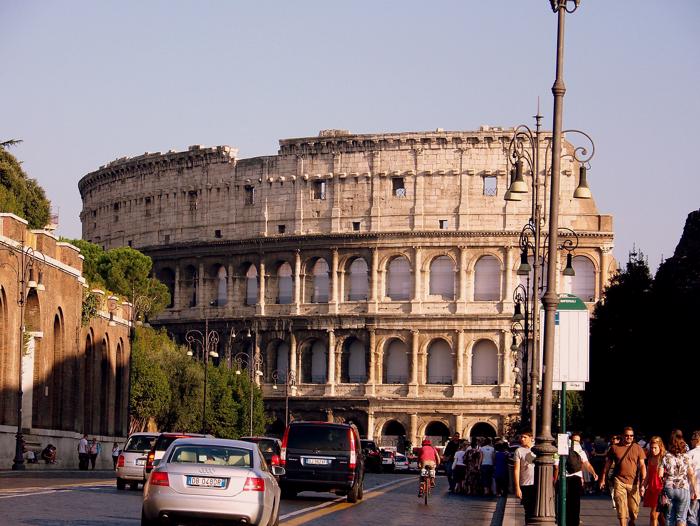 The largest amphitheatre of the Roman Empire is a must-see when in Rome. The Colosseum once hosted gladiator fights, animal fights and even water battles. The building was a present from emperor Vespasian to his people and (unlike today) the entrance used to be free. Therefore the games and the figh 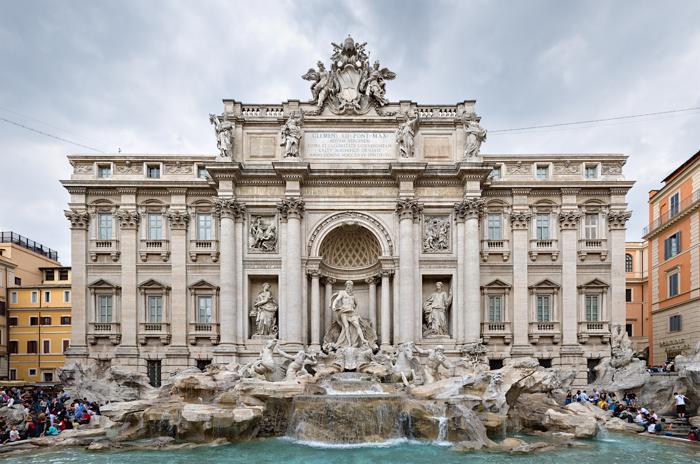 Probably the most famous fountain in the world, Trevi was constructed in 1762 by Nicola Salvi. It is also the largest Baroque fountain in Rome with almost 80,000,000 liters of water circulating through the system every day. You can see hundreds of tourists throwing coins into the fountain every da 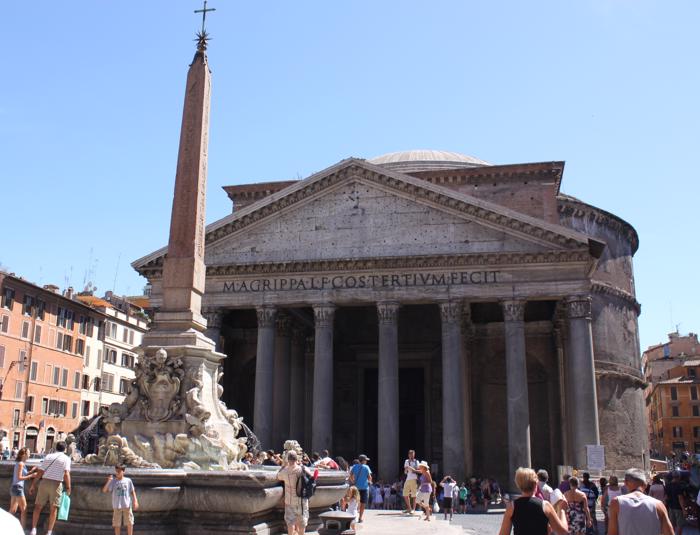 The Pantheon is not only one of the best-preserved pieces of Ancient Roman architecture but it also has the largest unreinforced concrete cupola in the world. It is well-known for its oculus that lets the daylight (but also the rain) in through the top of the dome. Originally, the temple was dedicat 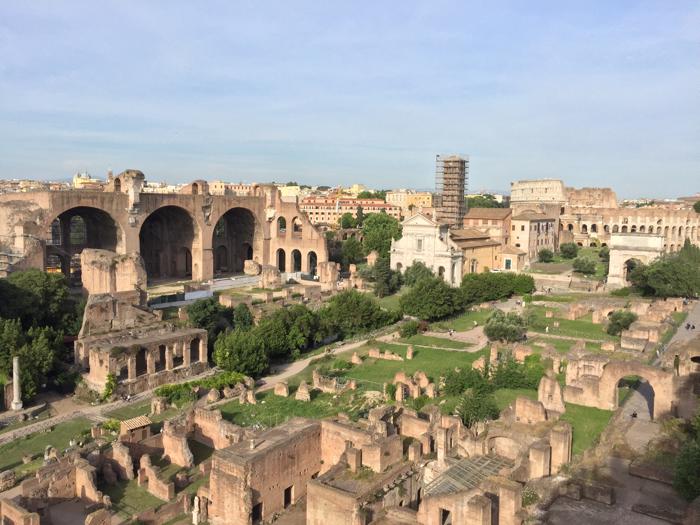 The forum used to be the centre of Ancient Rome, surrounded by the most important government buildings, temples, and arches of which, sadly, only fragments are left today. The complex is a mixture of styles and cultures. Some of the buildings are from the period of the Roman Kingdom (e.g. the Temp 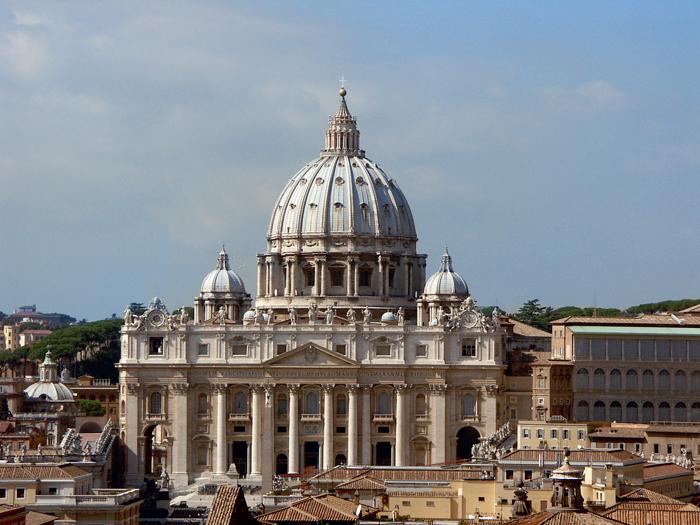 A Renaissance church located in the Vatican City and the largest church building in the world with the interior area spreading across 15,160 m2. It is filled with masterpieces by many well-known Baroque and Renaissance artists (e.g. Bernini’s Baldacchino or Michelangelo’s statue called Pietà). The r

Not only one of the best-known staircases in Europe but also a popular meeting point for the Romans. The place is especially beautiful in spring when there are countless blooming azaleas. Consisting of 135 steps, the staircase originally connected the Embassy of Spain and the Trinità dei Monti chur 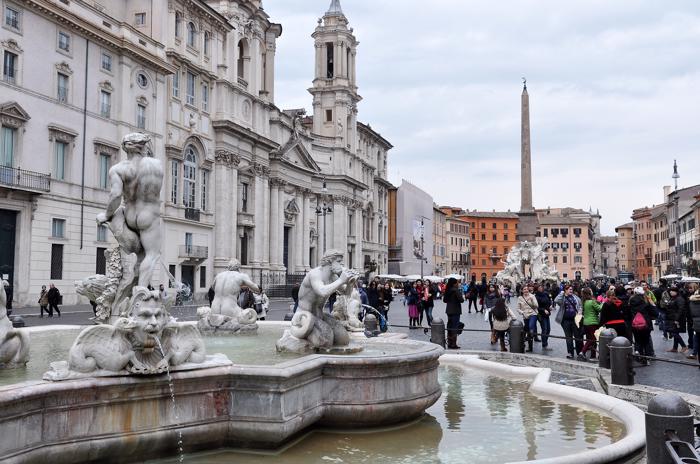 Piazza Navona, the famous square in Rome, began its existence as an ancient Roman stadium. Even today, its heritage is recognizable in its stadium shape. The most prominent feature of the baroque square is definitely the Fountain of the Four Rivers (Nile, Danube, the Ganges and Río de la Plata) by 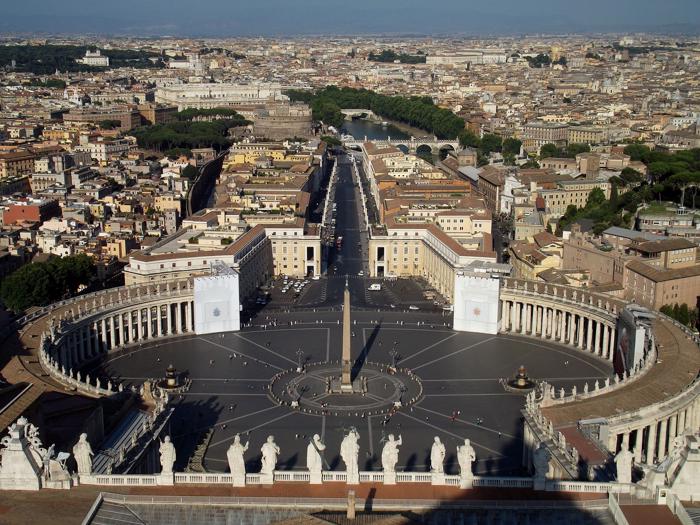 The elliptical baroque square is located right in front of St. Peter’s Basilica. There is a gigantic Egyptian obelisk (which got to Rome around the year 40 BC) in the middle of the square which was installed to its present-day location in 1586. Today, the obelisk also works as a sundial. The square 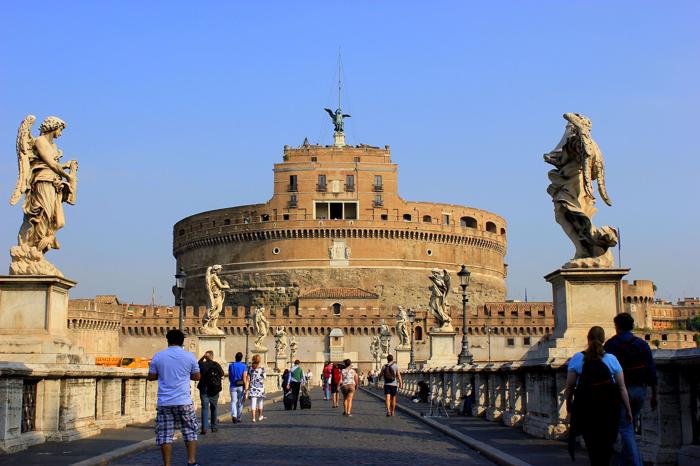 Castle of the Holy Angel

Originally built in the second century AD by the Roman emperor Hadrian as his mausoleum, in the 14th century, it was decided that the building should be turned into a castle and a special corridor was added in order to connect the castle with St. Peter’s Basilica. Today, the castle serves as a mus 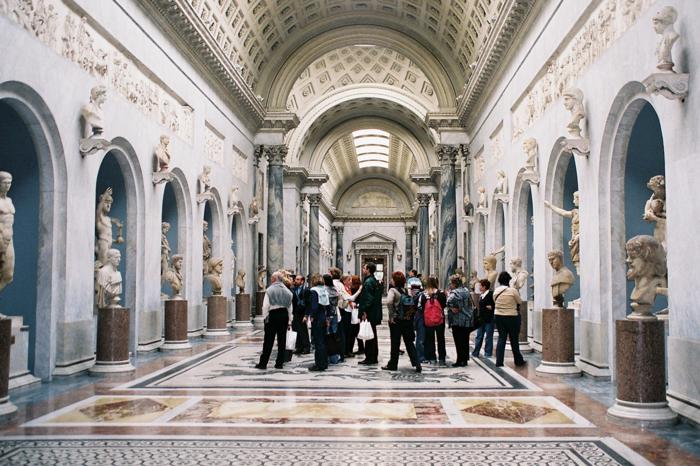 Home to an enormous collection of pieces of art that were collected by the Popes in the last 500 years. The very first exhibit was bought in 1506 and it was a statue called Laocoon and His Sons. It is still on display at the Vatican Museums today. The museums include exhibits from many cultures and